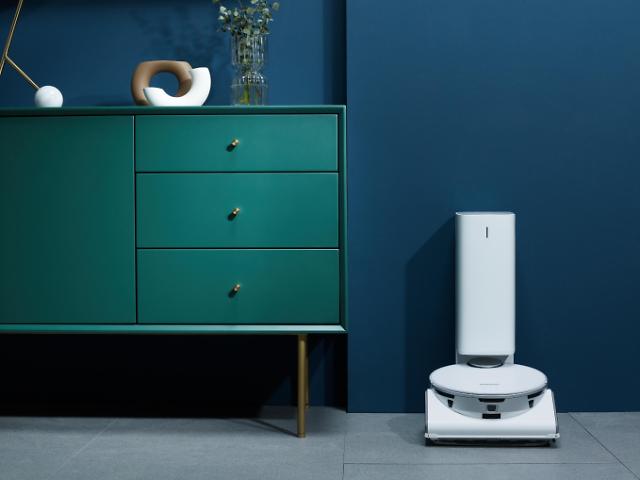 SEOUL -- Samsung Electronics has introduced three kinds of autonomous housekeeping robots that will sweep the floor, put dishes into a dishwasher and assist its human master by managing schedules, through an online showcase event at this year's Consumer Electronics Show.

Unlike previous years where thousands of companies gathered in Las Vegas to host keynote sessions and showcases for visitors that came from all over the world, this year's Consumer Electronics Show (CES) took place online due to the COVID-19 pandemic. Some 2,000 companies opened virtual showrooms to offer online keynote shows and unveiling events. The world's largest electronics exhibition ends on January 14.

The South Korean tech giant unveiled three robots -- "Bot Care," an AI-based autonomous robot assistant, "JetBot," a robot vacuum cleaner equipped with various sensors including LiDAR, and "Bot Handy," a tower-type robot equipped with a manipulator that is able to control its grip to hold and carry various things such as dishes and used towels -- that would provide new home experiences.

JetBot is capable of maneuvering around obstacles around the floor while cleaning. It can receive voice orders such as "clean the space in front of the refrigerator," and plan its best cleaning path to clean hard-to-reach corners. It has an integrated camera that can be connected to a home network system to monitor the house while it's empty. The cleaner robot is scheduled for release this year. 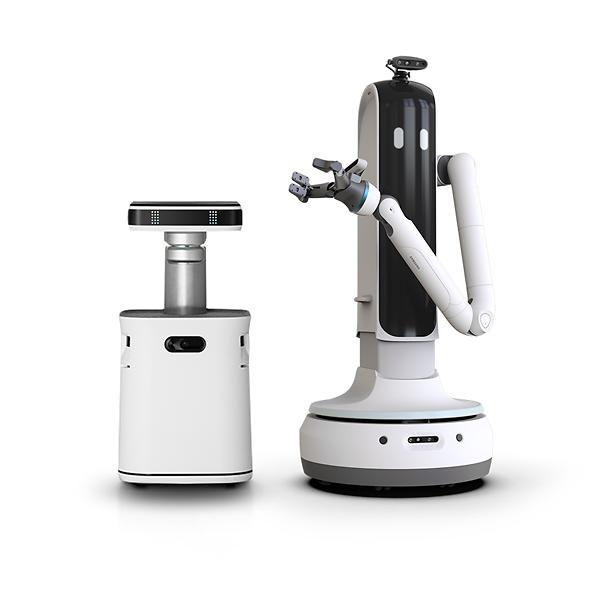 Assistant robot Bot Care studies its master's daily routines and habits. The robot butler can remind daily schedules while urging its human companion to get up from a desk to exercise. It has a pop-up display that can be used for teleconferencing or to show other information such as the weather.

Bot Handy with a servo arm with a manipulator can identify objects using a camera and sensors. It can apply appropriate force to lift and carry objects. In Samsung's keynote video, Bot Handy used its hand to pick up dishes and put them in a dishwasher. It also picked up laundry strewn across the house to toss them into a laundry bin. Handy Bot can carry out delicate tasks such as pouring wine from a bottle into a glass or place a flower into a vase.

Samsung said in its news blog that the company plans to build its own lineup of helper robots and related services for the retail sector. "These innovations allow robots and robotic devices to co-exist with humans, enhancing their lives and catering to a variety of lifestyles and different environments," the tech giant said.