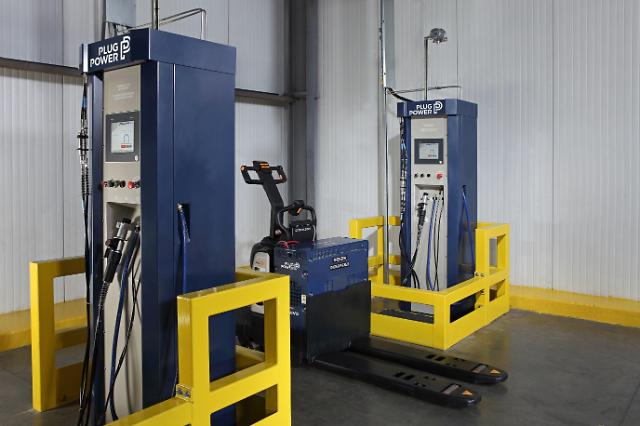 
SEOUL -- In an effort to promote its hydrogen business as a new growth engine, South Korea's third-largest conglomerate SK Group made a $1.5 billion strategic investment to acquire a 9.9 percent stake in Plug Power, an American company engaged in the development of hydrogen fuel cell systems. The two companies will set up a joint venture targeting Asia's hydrogen market.

SK Holdings, the group's holding company, said in a statement that the investment would be made through a U.S. subsidiary to form a strategic partnership with Plug Power and provide hydrogen fuel cell systems in South Korea and other Asian countries.

Through the partnership, SK said it would accelerate efforts to secure its leadership in the Asian hydrogen market, create a hydrogen ecosystem in South Korea and find new business opportunities in China and Vietnam. In December 2020, the group launched a task force involving group units such as SK E&S, an energy company involved in gas field development and power generation, to establish a hydrogen value chain covering production, transportation and charging.

"This partnership between Plug Power and SK will bring significant and solid opportunities in the hydrogen industry, creating value to society," SK E&S CEO Choo Hyeong-wook said in a joint statement, adding SK would actively invest in environmental, social, and corporate governance (ESG), which refers to the three central factors in measuring the sustainability and societal impact of an investment in a business.

Plug Power is the leading provider of comprehensive hydrogen fuel cell turnkey solutions and operated a hydrogen highway across North America. "SK Group has an established strategy for building out the hydrogen economy in South Korea and beyond," said Plug Power CEO Andy Marsh. He said Plug Power would accelerate its expansion into Asian markets.