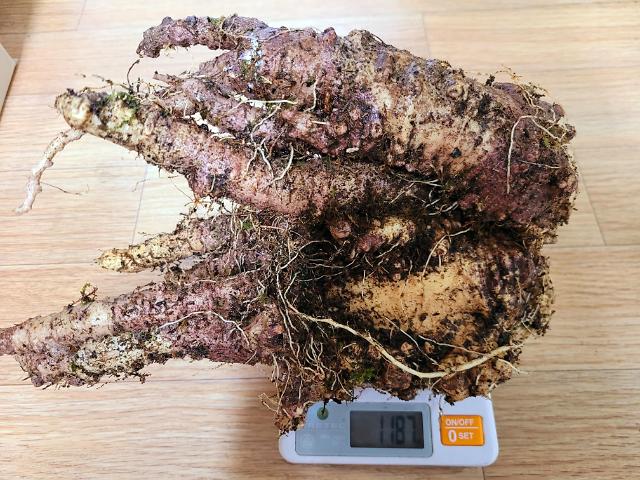 
SEOUL -- A wild lance asiabell root which is estimated to be more than 100 years old has been found in a South Korean mountain. The roots of lance asiabell (codonopsis lanceolata), which is native to East East, have restorative properties and are used to treat lung abscesses, milk-flow obstruction and inflamed boils.

A 49-year-old worker discovered a bund of lance asiabell roots connected in a single stem weighing 1.2 kilograms during his work on Januar 3 to open a forest road in Hadong some 270 kilometers (168 miles) south of Seoul and asked for official appraisal, according to an association of wild ginseng hunters.

The association gave an appraisal that the lance asiabell root was more than 100 years old, according to Yonhap News. Lance asiabell, called deodeok in Korean, is grown commercially in South Korea, where it is an important part of the local agriculture. The roots of deodeok are used in Korean cuisine.

Herb doctors in South Korea say old lance asiabell roots have medicinal properties comparable to wild ginseng which has been used in traditional medicine for centuries with its constituents including steroid saponins known as ginsenosides. Deodeok's saponin ingredient is recognized as good for respiratory and adult diseases.