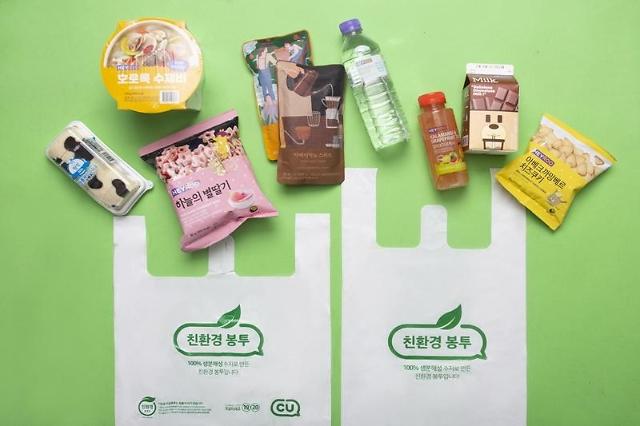 SEOUL -- In a bid to reduce plastic pollution, South Korea's leading convenience store franchise CU will use government-approved degradable bioplastic bags for the first time in the industry where about six million plastic bags have been sold annually.

Plastic bags made of biodegradable materials are available at some stores in South Korea. However, many store operators still favor conventional plastic bags as they are relatively tough and cheap. Convenient stores sell a plastic bag for 20 won ($0.02). Many bioplastics are made using starch, cellulose, chitosan and protein obtained from organic materials.

The CU franchise said in a statement on December 8 that all its outlets would use degradable bioplastic bags by April next year. Customers can buy a bag for 100 won or lease a reusable shopping bag for 500 won. "By using eco-friendly bags, we can prevent the contamination of soil and reduce greenhouse emissions by about 9,000 tons every year," a CU official was quoted as saying.