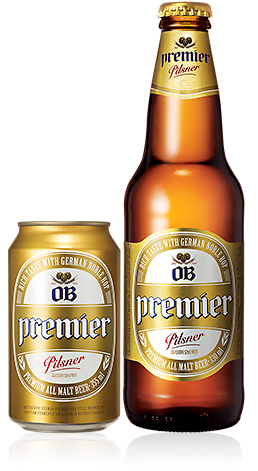 RE100 is a global initiative that brings together the world's influential businesses committed to using 100 percent renewable electricity. Companies that have joined the RE100 initiative must achieve net-zero emissions by 2025. Oriental Brewery (OB)'s parent company AB InBev, a multinational drinks and brewing company, is a member of RE100.

OB said in a statement on November 23 that the company has signed a cooperation agreement with KEPCO Energy Solution and aeonus, a domestic solar power generating network operator, to build solar power generating facilities at three factories in Gwangju, Cheongju and Icheon. The ground will be broken in Gwangju some 265 kilometers (164 miles) southwest of Seoul in December.

"We can reduce the annual emission of carbon dioxide by about 5,621 tons if we use renewable electricity to produce beer," an OB official was quoted as saying. The beer maker aims to generate about 343 gigawatt-hour of electricity and reduce more than 160,000 tons of greenhouse gas in 30 years, the estimated equipment life of solar power generators.

Central and local governments as well as major firms have expressed their determination to join the international movement to slow climate change by reducing the use of fossil fuel and greenhouse gas emissions.

In July, Seoul proposed a ban on the new registration of any internal combustion engine vehicles from 2035. The capital city will introduce the mandatory zero-energy building (ZEB) of private buildings in stages from 2023. ZEB is a building with zero net energy consumption, meaning the total amount of energy on an annual basis is equal to the amount of renewable energy created on the site.