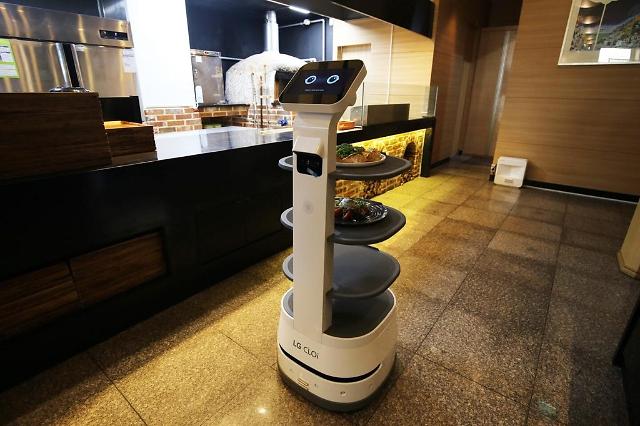 SEOUL -- In an effort to accelerate the commercialization of autonomous serving robots, LG Electronics has deployed smart robots at a resort facility near Seoul to carry dishes at restaurants or support a check-in service.

Woowa Brothers, the operator of South Korea's favorite food delivery app Baedal Minjok, has demonstrated different types of delivery robots including a six-wheeler food carrier that can navigate itself from a restaurant to a customer and a cabinet-type server robot that navigates itself inside a restaurant to deliver food to customers sitting at a table.

Woowa joined hands with HDC I-Controls, a home network platform developer, to develop and test delivery robots that can pass through security gates and use elevators. Next year, the company will test its robots out into crowded urban environments full of people and cars.