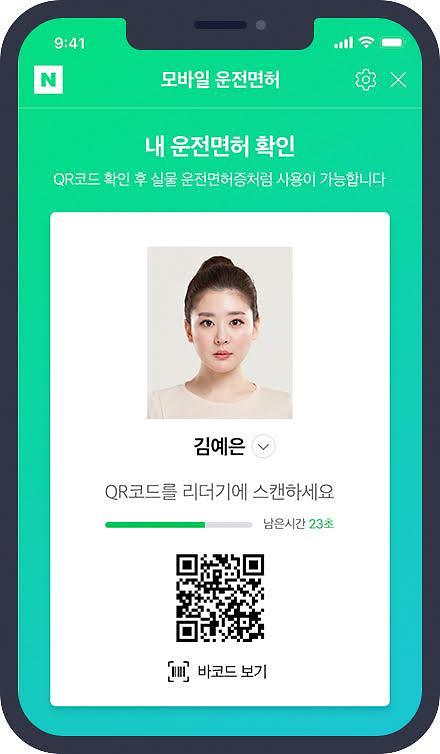 
SEOUL --  Through the government's temporary regulation exemption program, South Korea's two major web service companies, Naver and Kakao, were given an opportunity to digitalize physical authentications such as certificates, verification documents and identification cards so that users can conveniently interlink their personal data to various services to save time and efforts.

The government opened the door for mobile identification service in September last year and mobile carriers rolled out a joint digital license verification service with their service app "Pass" in June this year. Users were able to keep a digital copy of their driver's license using the app and use the digital ID card to verify themselves during situations such as a breathalyzer test.

The Ministry of Science and ICT said in a statement on September 3 that Naver and Kakao were allowed to provide digital license verification services through smartphone apps. Kakao will provide its digital user verification service through Kakao Talk, a smartphone messenger app. Personal data will be encrypted using blockchain. Naver will provide the service through its personal information authentication app.