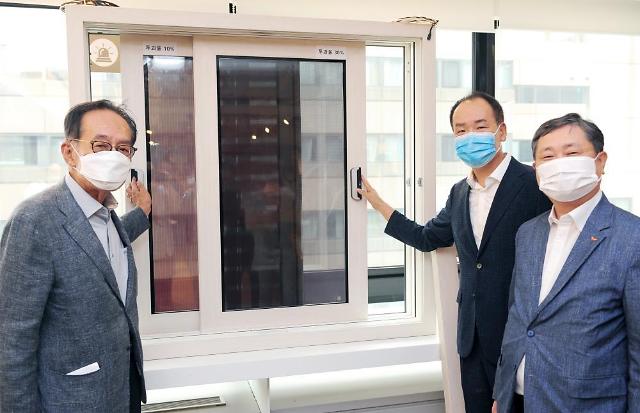 A zero-energy building is a building with zero net energy consumption. It normally gets half or more energy from the power grid and returns the same amount over the course of a year. SK E&C's window-type solar power generator comes with a monitoring tool that can be interlinked to a home network. The tool will allow home dwellers to check the electricity production of homes in real-time.

Conventional solar power systems were installed on roofs or walls of building to collect sunlight. However, such systems required a lot of space to maximize generating efficiency. Because such systems take up a lot of space, it was hard for individual households to operate one.