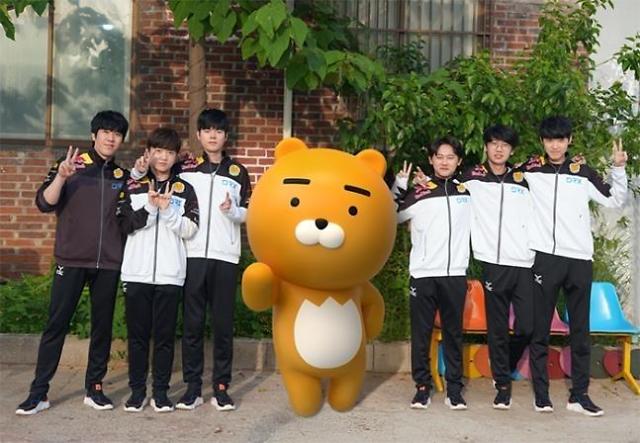 SEOUL -- Kakao, a South Korean company that operates many popular web services, has forged a sponsorship deal with DragonX, a team of pro gamers, known as DRX. This is the first time for the web service company to sponsor esports.

DRX competes in international tournaments of League of Legends, the world's most popular online game with more than 27 million daily players. The team consists of six pro gamers including Doran, Deft and Quad. DRX is well known for its stable and powerful play.

"With Kakao Friends' characters, we will expand the influence of Hallyu (Korean cultural wave) by creating content all global fans can enjoy and nurture the growth of an esports ecosystem," DRX CEO Choi Sang-in was quoted as saying.