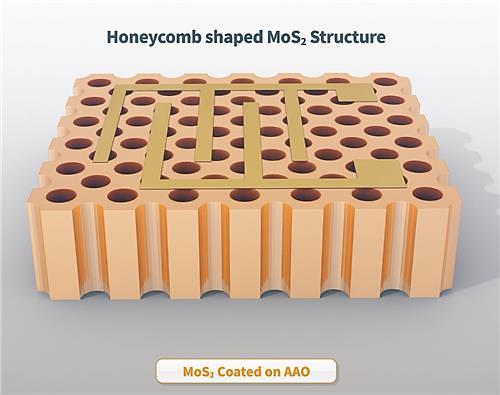 SEOUL -- A state research institute has developed a humidity sensor that precisely detects physiological human body signals in real time. Users can operate devices involving touch input such as touch screens without touching the surface to avoid contact with viruses or pollutants.

The Electronics and Telecommunications Research Institute (ETRI) said in a statement on Wednesday that its research team has developed a wearable sensor capable of detecting human skin moisture using molybdenum sulfide (MoS2), an inorganic compound composed of molybdenum and sulfur, to create a honeycomb-shaped array of nanotubes. 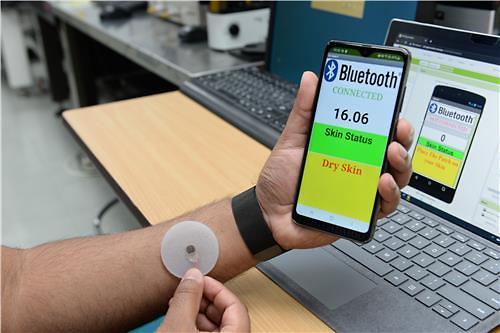 The institute said its new sensor is up to 660 times more sensitive than conventional humidity sensors. A sensor sized 25 square millimeters (0.0038 inches) was able to detect sweat on the palm of a hand that was one centimeter away.

ETRI professor Choi Choon-ki said that the institute has applied for a patent. He said that commercialization is possible in two years if the technology is transferred. A research paper was published in the March issue of Applied Materials & Interfaces, an international scientific journal.

The noncontact sensor could be widely used on devices such as ATMs, digital information signage boards and elevator buttons that involve direct contacts with a random population. Such contact-avoiding technologies received attention as people find noncontact ways in operating devices to prevent COVID-19 infections.