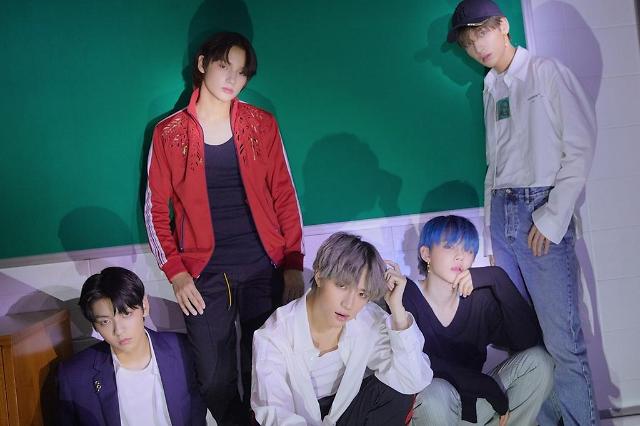 SEOUL -- K-pop band TXT (TOMORROW X TOGETHER), also known as the brother band of world-popular K-pop group BTS, will come back to the music scene with a new mini-album in May.

Big Hit Entertainment, the five-member band's agency, said in a statement on Tuesday that "THE DREAM CHAPTER : MAGIC," TXT's second mini-album, will be released at 6:00 p.m. (0900 GMT) on May 18.

TXT and BTS share a similar concept of storytelling to create a sympathetic feeling between band members and fans. Big Hit said that TXT's new album will depict stories about experiences of growing up.

TXT stepped into the global K-pop scene in March last year, receiving the spotlight for being the brainchild of Bang Si-hyuk, the genius producer who has created BTS. TXT has earned the title of the "Super Rookie" in 2019 after the band grabbed trophies given to top male artists at seven global music awards events. The band grabbed four additional rookie awards in early 2020.