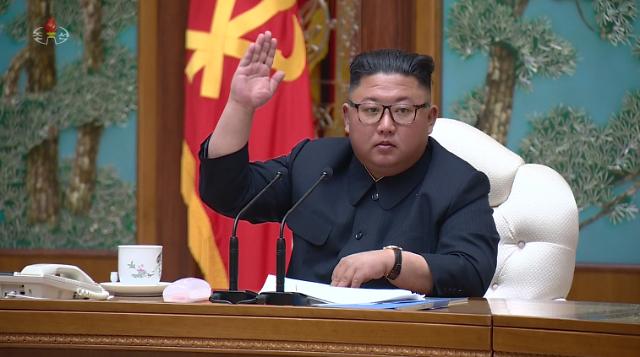 SEOUL -- South Korea has seen no unusual signs with regard to North Korean leader Kim Jong-un's heath, a government source said, after CNN reported that Kim is "in grave danger after a surgery."

CNN cited an unidentified "U.S. official with direct knowledge," but offered no further details. A South Korean government source said there have been no relevant signs detected with regard to Kim's health conditions, emphasizing that Kim continued to be shown in public until recent days.

The report came after a South Korean internet news outlet reported that Kim has been receiving medical treatment at a villa in the resort county of Hyangsan, outside of Pyongyang, following a cardiovascular procedure. Speculation has arisen about what happened to Kim since he apparently skipped an annual visit to the Kumsusan Palace of the Sun on the occasion of the 108th birthday of his late grandfather and state founder Kim Il-sung last Wednesday.

Kim was last seen on April 11 in state media reports presiding over a political bureau meeting of the ruling Workers' Party on Saturday, calling for "strict national countermeasures to thoroughly check the infiltration of the virus." The unification ministry handling inter-Korean affairs declined to comment on the CNN report.

Kim has reportedly had health problems apparently linked to obesity and heavy smoking. His prolonged absence from public view has frequently raised the possibility of deterioration in his health. It is extremely difficult to obtain information about the reclusive country, especially about its leader.
(Yonhap)