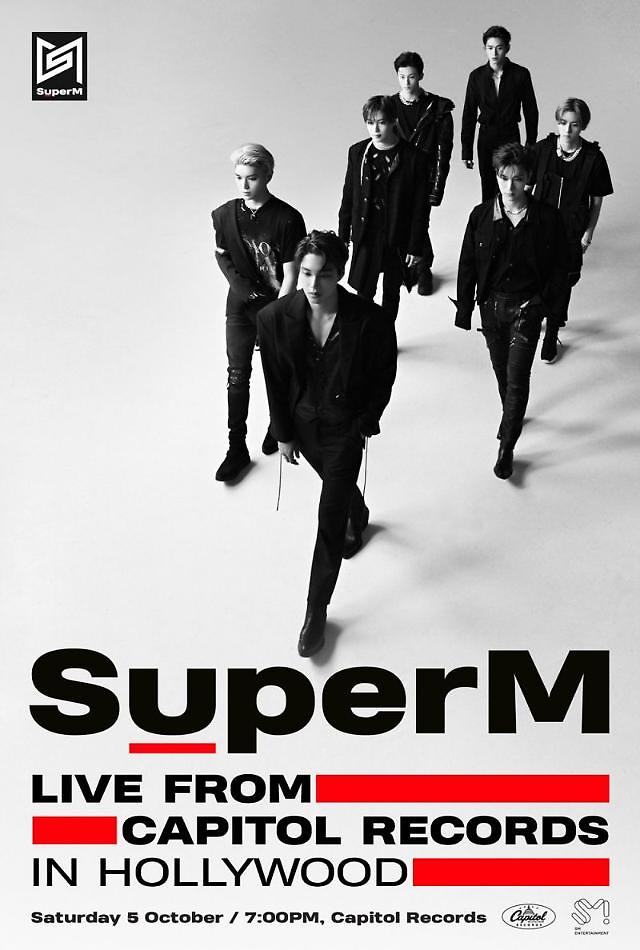 SEOUL --  SM Entertainment, a major entertainment powerhouse in South Korea, and Naver, the operator of the country's top web portal, joined forces to strengthen their global competitiveness with a digital concert live-streaming platform called "Beyond LIVE" that would allow artists and fans to communicate in real time.

SM said on Tuesday that the company signed a memorandum of understanding with Naver to create Beyond LIVE that would focus on digital concerts for online audiences. The service will use V Live, Naver's video-sharing social media app. Fans can communicate with stars and express support using fan items such as light sticks.

The online performance of SuperM, an SM all-star boy band, would be aired through Beyond LIVE on April 26. SuperM that included Baekhyun and Kai of EXO, SHINEE's Taemin, NCT's Taeyong and Mark, and WayV members Lucas and Ten made its debut in the United States in October last year.