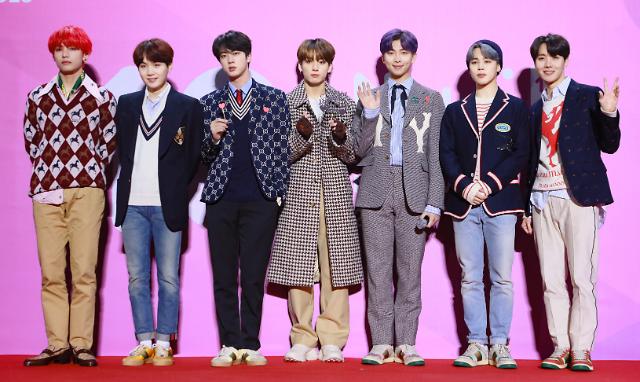 Big Hit Entertainment said that all tickets will be honored for new dates and promised to keep fans updated with new information.

"We would like to inform you that there will be some adjustments to the upcoming BTS MAP OF THE SOUL TOUR- NORTH AMERICA schedule in order to make sure that we put the safety of everyone involved first and foremost," Big Hit said in a statement.

Earlier this month, Live Nation, a British concert promoter, postponed ticket sales for the European leg of BTS' world tour that was to start in London on July 3.

Other K-pop artists have canceled or postponed concert schedules. TWICE canceled its Seoul concert on March 7 and 8 and postponed the event in Tokyo.

This year's KCON, an annual Hallyu (Korean cultural wave) festival in New York in June this year, has been canceled. However, CJ ENM, the festival's host, has not called off KCON festivals in Los Angeles in August and Bangkok in September, saying it is closely monitoring the situation in cooperation with local governments.