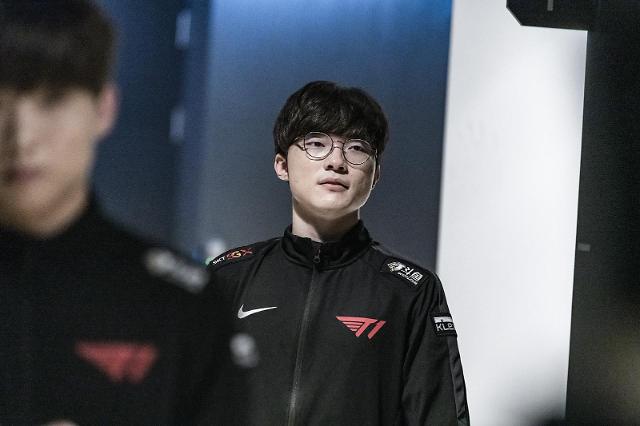 
SEOUL -- Lee Sang-hyeok, better known by his in-game name Faker, renewed his three-year contract with his e-sports team, SK Telecom T1, on the condition that he would participate in management at the end of his career as a professional League of Legends player. Financial terms were not disclosed.

The 23-year-old, renowned for his high mechanical skill and extremely versatile champion pool, would serve as a T1 player until 2022 and participate in global business and the training of e-sports players in his capacity as a company manager even after the end of his career.

"I'm happy to continue my career at T1 and I'd like to thank all the fans around the world for their support over the years," Lee said in a statement. "I look forward to creating a new future together as a T1 shareholder and leader group even after the end of my career in the future."