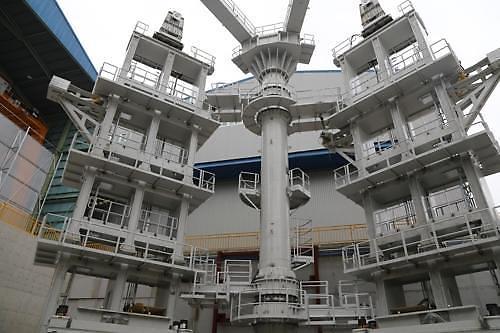 SEOUL -- Kim Keun-kyeong, a South Korean expert in the design and construction of nuclear power stations, has been appointed to oversee the installation of a fusion reactor, which is similar to the sun. The first phase of main assembly begins this year for completion in 2025.

"I'm pleased to be able to use the experience and technology I have accumulated from my participation in the construction of nuclear power plants in South Korea for a historic project to develop future energy for humanity," Kim said in a statement published by the Ministry of Science and ICT on Monday.

The appointment of Kim, who headed the research institute of Korea Hydro & Nuclear Power (KHNP), the state-run operator of nuclear power plants, reflects a South Korean campaign to gain advanced technology and take the lead in the project to build the International Thermonuclear Experimental Reactor (ITER) in Cadarache, France, the ministry said.

"With pride in domestic technology, I will do my best to ensure that the ITER is completed with the best quality at the right time," said Kim, who took on the new job in the ITER Organization, which promotes cooperation among members.

Seven countries including South Korea, the United States, China and EU members have been involved in the ITER project. If the experiment is successful, it could provide mankind with a limitless energy source. Plasma experiments will begin in 2025 and full deuterium-tritium fusion experiments in 2035.

A tokamak will be housed in a seven-story structure in reinforced concrete. Auxiliary buildings include cooling towers, electrical installations, a control room, facilities for the management of waste, and the cryogenic plant that will provide liquid helium to cool ITER magnets. A tokamak is an experimental machine designed to harness the energy of fusion.