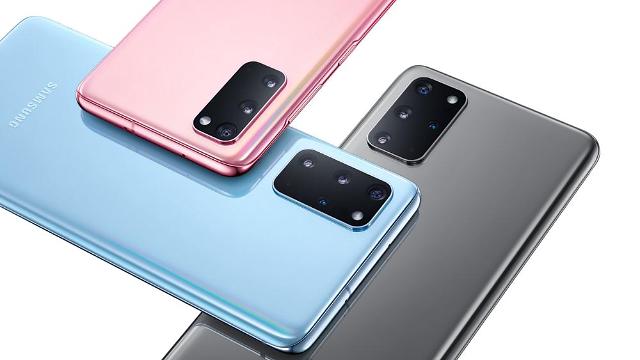 SEOUL -- South Korean tech-savvy consumers showed a mixed response of awe and doubt over Samsung Electronics' new lineup of flagship smartphones, which were launched strategically to weather tough competition with Apple and Huawei, which have expanded their presence in the global market with viable or better devices.

Samsung's Galaxy S20 phones, the successor of the Galaxy S10 series released in April last year, are comprised of three models -- S20, the standard version with a 6.2-inch display, S20+ with a 6.7-inch display, and S20 Ultra, a phablet with a 6.9-inch display.

During a showcase event in San Francisco, Samsung emphasized the powerful feature of S20's multi-lens rear cameras. Their artificial intelligence (AI)-based zoom is capable of zooming up to 100 times and the active-matrix organic light-emitting diode (AMOLED) display has a high refresh rate of 120Hz, meaning it can handle up to 120 frames per second.

The camera can shoot 8K video to capture the world in true-to-life color and quality. The event was broadcast live across the world using S20 phones. The S20 and S20+ models carry a large 4,000mAh battery while the S20 Ultra model carries a mega-sized 5,000mAh for longer use.

Many fans were excited about Samsung's new flagship lineup. "I am looking forward to the S20 series because it has an octa-core processor, 120Hz display and a maximum of 5,000mAh battery. It has everything," said LGMONITOR, a user from South Korean online IT community Clien. Another user nicknamed Spike said: "Wow, the powerful camera feature of S20 will totally devour the conventional mirrorless camera market. Normal consumers will no longer choose to carry compact digital cameras."

However, some meticulous users were not satisfied. "I am stunned how the company emphasized S20's camera's capability of zooming up to 100 times when the picture quality is really really bad," said VIPTELA. Another user, NOKIDDING, said, "I can see the specifications of the new phones have been upgraded but is there anything that has actually changed?"

According to data from marker research Strategy Analytics, a market researcher, Samsung phones maintained their top place with a 20.9 percent market share in 2019, followed by Huawei's with 17 percent. In the 5G smartphone market, Huawei was first with a 36.9 percent share, compared to Samsu ng's 35.8 percent.

Apple did well in the fourth quarter of last year, putting Samsung on the edge of its seat.