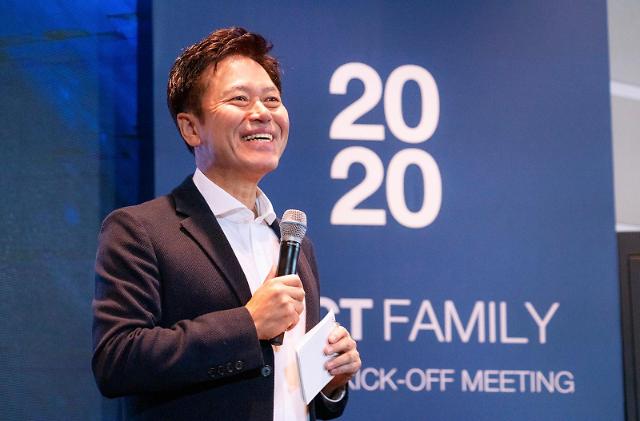 "Global companies are already hyper-cooperating with each other and such cooperation in the artificial intelligence (AI) sector is needed between South Korean companies," SK Telecom (SKT) CEO Park Jung-ho told reporters in Las Vegas.

SKT's plan to establish a strong bond among domestic tech companies was revealed a day after Park agreed with Samsung Electronics telecommunications CEO Koh Dong-jin to cooperate in the development of AI technologies including AI voice assistant platforms to survive the competition with global leaders.

Park said that he had sought Samsung's consent for cooperation between SKT and Samsung because he felt that South Korean companies lacked competitiveness in the development of AI technology independently when tech giants such as Google, Amazon and Facebook were already cooperating.

In October last year, SKT forged a strategic partnership with South Korean web service giant Kakao through a stock exchange program to cooperate in the development of information and communication technology. Park said SKT had also discussed with Kakao about cooperation in the AI sector. Kakao has an AI-based platform enterprise service subsidiary.

SKT has accelerated the expansion of its partnership with global tech companies and allied with companies such as Microsoft, Amazon and Deutsche Telecom.