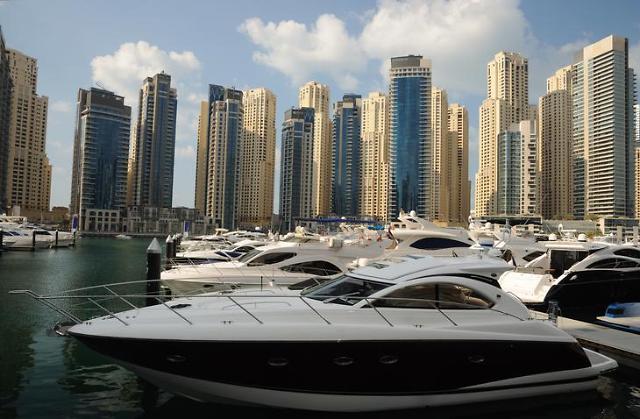 SEOUL -- A consortium led by SF Marina System, a Swedish marina developer, signed a non-binding deal to participate in a delayed project to develop a mordern harbor housing resort facilities and accommodations along with a passenger terminal in a waterfront area on reclaimed land in the western port city of Incheon.

Incheon Port Authority (IPA) said Wednesday that a memorandum of understanding was signed with the marina consortium, which also involves MEC, a Philippine builder. IPA awaits other investors as it ill select the financial candidate through a public tender in the first half of next year.

In Songdo, an international business district in Incheon, IPA aims to open a passenger terminal for regular car ferry services between China and South Korea in June next year. As a backup project, IPA has proposed the development of Golden Harbor to house hotels, condominiums, a luxury resort, a shopping mall, a water park and convention centers, but it has not been in place due to weak interest from domestic and foreign investors.

Songdo is located in a vast free economic zone where various incentives such as tax reductions, estate support, and subsidies are given. The district now houses about 80 foreign companies, but development has been slow mainly due to a lukewarm response from foreign investors.

In Songdo, South Korea opened a cruise ship terminal capable of accommodating the world's largest cruise ship with a capacity of 225,000 tons in April.

Despite an unfinished debate over its economic feasibility, Songdo still dreams of becoming the "city of water" like Amsterdam by connecting artificial canals and a lake in a square shape surrounding it. The project is aimed at building an ecological marine site and preventing flood damage by preserving water.

The Golden Harbor project has been delayed due to environmental, financial and other concerns. Residents in Incheon's old town have opposed it, citing the depletion of city coffer. An association of civic groups in Incheon has urged city authorities to seek the balanced development of the entire port city, insisting Songdo has already sucked a large amount of taxpayers' money.