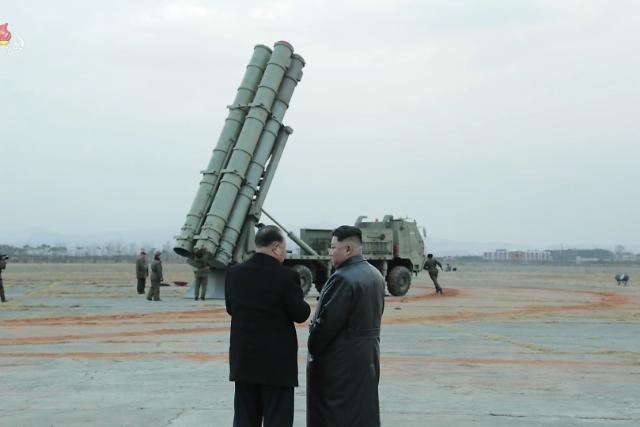 SEOUL -- North Korea urged the United States to select a "Christmas gift" instead of dialogue rhetoric, warning that the year-end deadline for denuclearization talks comes near. North Korean leader Kim Jong-un has threatened to take a different path unless Washington comes up with a "fair" and "mutually acceptable" deal by the end of this year.

Ri Thae-song, a vice foreign minister in charge of U.S. affairs, said in a statement published by the North's official Korean News Agency (KCNA) on Tuesday that Pyongyang has "heard more than enough dialogue rhetoric raised by the U.S. whenever it is driven into a tight corner."

Ri accused the U.S. of being keen on earning time while talking about "sustained and substantial dialogue." "The DPRK (North Korea) has done its utmost with maximum perseverance not to backtrack from the important steps it has taken on its own initiative. What is left to be done now is the U.S. option and it is entirely up to the U.S. what Christmas gift it will select to get."

Pyongyang condemned a "trite" U.S. attitude as the cause of a failed deal in nuclear talks in Stockholm on October 5 and refused to sit down for fresh dialogue until Washington takes a substantial step to make the complete and irreversible withdrawal of its hostile policy.

"The DPRK has done everything transparently and openly so far. It feels no need to hide what it will do from now on and therefore, reminds the U.S. once again that the year-end time limit comes nearer," Ri said, adding North Korea has done its utmost with "maximum perseverance not to backtrack from the important steps it has taken on its own initiative."

On November 15, North Korea's chief nuclear negotiator, Kim Myong-gil, a foreign ministry roving ambassador, urged Washington to put forth "a basic solution" for lifting its hostile policy harmful to Pyongyang's rights to existence and development instead of "matters of secondary importance" like the establishment of a liaison office.

The U.S.-North Korea summit in Vietnam in February broke down without an agreement. However, U.S. President Donald Trump surprised the world with a historic rendezvous with Kim Jong-un on June 30 and became the first U.S. head of state to step onto the soil of North Korea in the truce village of Panmunjom, a symbol of division and Cold-War confrontation.