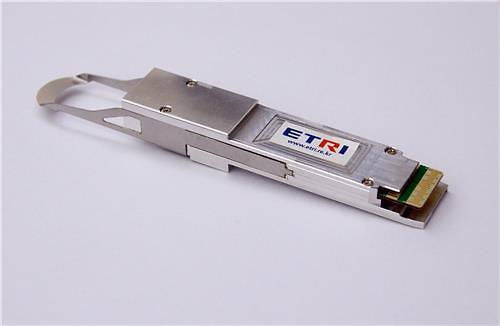 The Electronics and Telecommunications Research Institute (ETRI), a state research body, said in a statement on Tuesday that it has developed a new optical data transferring technology. It would take about four seconds to transfer an ultra-high-definition 4K film which is about 100 gigabytes.

By adopting a four-stage high-order modulation method that can send two bits at a time, instead of the conventional two-stage modulation method that sends one bit, the new technology sends and receives twice as much data than conventional methods. The transceiver allows the transfer of 200 gigabits per second data between telecom nodes to other local networks as far away as 80 kilometers (49 miles).

"This is a key technology for high speed and high capacity optical connection," ETRI's network research director Kim Sun-mi was quoted as saying. ETRI said that it would develop a super-speed optical data transmitter-receiver capable of 400 gigabits per second to speed up data transfer in communications networks inside the two-kilometer-radius of data centers.