S. Korea destroyer on way to Yemen after seizure of ships with two Koreans aboard 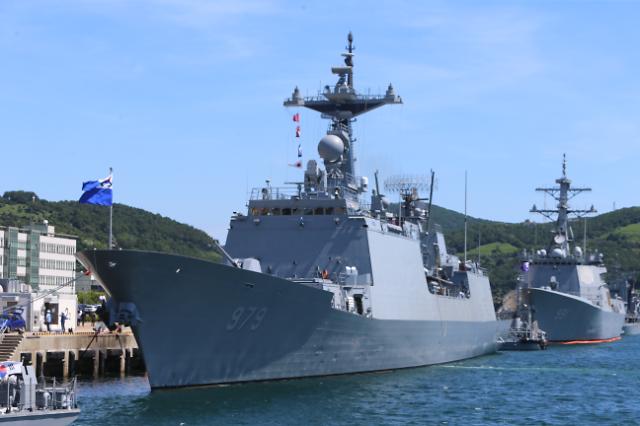 SEOUL -- A South Korean destroyer on a mission of escorting ships and fighting piracy in the waters around the Gulf of Aden has been ordered to sail to waters near Yemen after Iran-aligned Houthi rebels hijacked three vessels with two Korean citizens and others aboard in the Red Sea, according to the South's foreign ministry.

The three ships, including a drilling rig and two tugboats, with 16 people aboard were seized at around 9:50 p.m. on November 17 (local time) in waters 15 miles west of Kamaran Island, Yemen, the foreign ministry said, adding the seized vessels were anchored in the Yemeni port of Salif. They were seized on their way from Jizan, Saudi Arabia, to the Somalian port of Berbera.

Houthi rebels claimed to have seized the vessels for violating territorial waters and promised to release them if they are identified as South Korean vessels, the ministry said, adding crew members were safe and healthy.

The two Koreans were aboard a tugboat and a drilling rig that belong to the South Korean firm Woongjin Development Co. The other tug boat of Saudi Arabian nationality was chartered by a company of the United Arab Emirates.

The Houthis have targeted oil tankers and military ships belonging to Saudi Arabia and its partners in the military coalition fighting in Yemen's war since 2015. The Saudi-led alliance intervened in Yemen in March 2015 against the Houthis. Yemen lies on one side of the Bab al-Mandeb Strait at the southern mouth of the Red Sea, one of the world's most heavily traveled oil tanker routes.