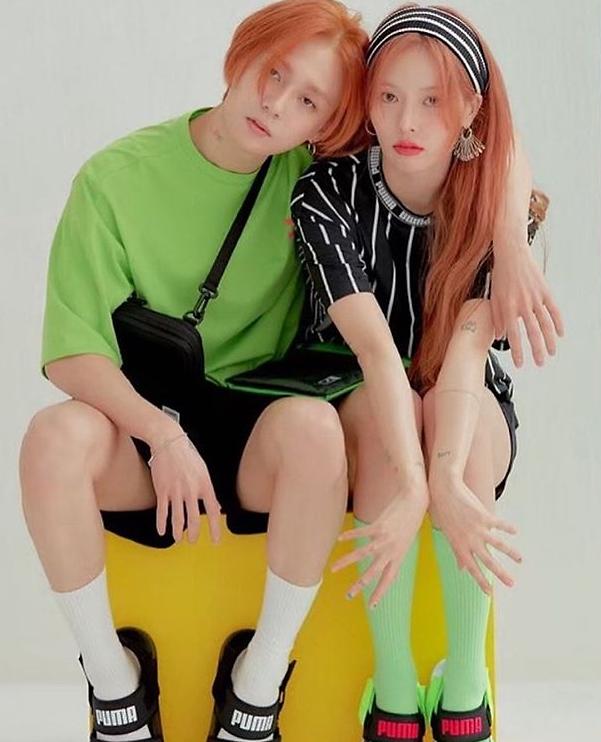 SEOUL -- Popular female singer-dancer HyunA and her boyfriend DAWN, also a singer-dancer, will make their comeback on the same day next month.

P Nation, an entertainment agency headed by Gangnam Style rapper Psy, said in a statement on Friday that the two singers would release new albums on November 5.

HyunA, 27, has become an iconic sexy diva in the South Korean music scene since she debuted as a member of girl band Wonder Girls in 2007. DAWN, a 25-year-old formerly known by his stage name E'Dawn, left K-pop boy band PENTAGON.

HyunA and DAWN joined CUBE Entertainment, but the agency terminated its contract with the two in September after HyunA and DAWN openly admitted that they were in a romance. They joined P Nation in January this year. Their upcoming albums are the first to be released under Psy's label.