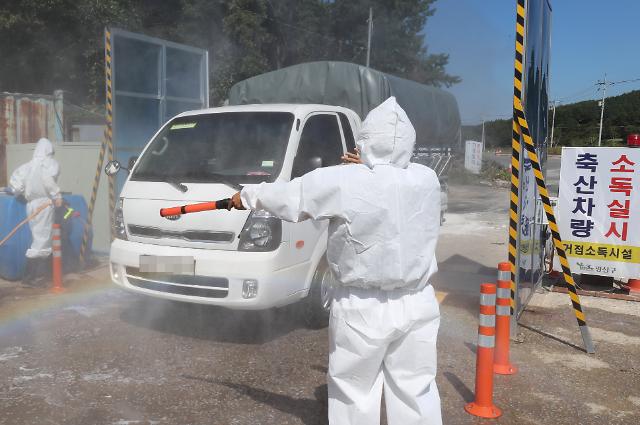 SEOUL -- South Korea should take "extreme" measures by declaring a state of disaster to contain the spread of African swine fever, which hit two pig farms in a row this week near the inter-Korean border, an expert said, warning that if unchecked, the deadly animal virus could cause catastrophic industrial damage.

"All pigs on the Korean peninsula could be wiped out. You should also be mindful of the domino effect," Food Biz Lab head Moon Jung-hoon, a professor at Seoul National University's department of agricultural economics and rural development, said in an interview with Aju Business Daily. The lab researches and teaches business in foods, drinks and amusements.

An unchecked spread of African swine fever (ASF) is feared to cause a catastrophic disaster as it can wipe out South Korea's pork industry and destroy related industries and the economy of the working class, Moon said. His warning came after the second case of ASF was reported at a pig farm near the inter-Korean border, a day after the first confirmed case triggered a nationwide standstill.

"ASF is a disease with a fatality rate of 100 percent. It is different from foot-and-mouth disease and avian influenza," Moon said, urging the government to make a bold and prompt decision because ASF could probably be unstoppable with the existing quarantine system.

The pork industry has been South Korea's largest food industry since 2016 in terms of production, with its market size estimated at almost eight trillion won ($6.72 billion), Moon said, adding the country's feed and restaurant industries would inevitably collapse together, followed by an "irreversible blow" to the working-class economy because pork has been the main sources of protein for grassroots.

"At this stage, we should focus not on figuring out the cause, but on strong disease control. This is the only solution," Moon said, suggesting the government should declare a state of disaster and quarantine it to the point where it is thought to be "excessive." All pigs should be culled within tens of kilometers around the two farms hit by ASF, along with an unconditional month-long lockdown of other farms visited by feed and fecal vehicles from ASF-infected farms for sterilization and culling, he said.

Other measures proposed by Moon included an artificial cut in the population of wild boars, a ban on the use of leftover food for feeding, the reduced proportion of foreign workers in farms and the highest level of quarantine in airports and harbors. 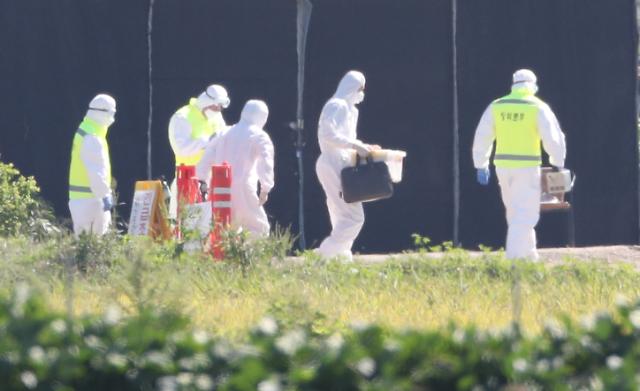 "What I proposed may seem awful, but if we don't make sure of initial control, we'll have to suffer even more," Moon said, adding animals should be isolated because ASF has nothing to do with animal welfare. "This is not a matter of hygiene, but a problem of viral spread. The most important thing is to isolate animals from the virus."

Moon said that South Korea's quarantine system was better than before as farm owners have increased their investment in disease control due to the intermittent outbreak of contagious animal diseases.

Quarantine officials have yet to complete an epidemiologic investigation, but the Seoul government decided to control the population of wild boars in border areas. Since Pyongyang reported its first confirmed case in May, South Korea has tried hard to prevent ASF from entering through wild boars living north of the Demilitarized Zone (DMZ), which splits the Korean peninsula.

North Korea has not responded to a series of proposals from South Korea for cross-border cooperation to fight ASF. "We have proposed quarantine cooperation, but close cooperation has not been made," Unification Minister Kim Yeon-chul told a parliamentary committee.