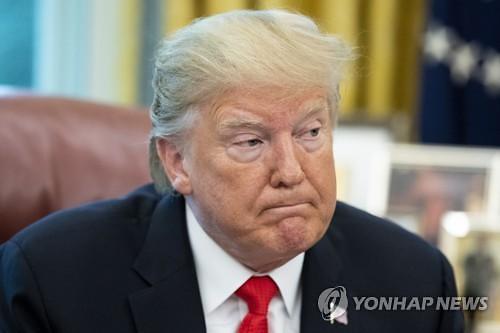 
WASHINGTON -- U.S. President Donald Trump said that meetings are a good thing and he'll see what happens, after North Korea proposed denuclearization talks this month. Trump made the comment to reporters at the White House shortly after North Korean Vice Foreign Minister Choe Son-hui made the offer in a statement carried by the country's official media.

Trump and North Korean leader Kim Jong-un agreed to resume denuclearization talks within several weeks when they met at the inter-Korean border on June 30, but the talks have yet to take place. "Well, I saw a statement was just put out having to do with North Korea, and that'll be interesting," Trump said. "We'll see what happens, but I always say having meetings is a good thing, not a bad thing."

Earlier, Choe said the North was willing to have "comprehensive discussions of the issues we have so far taken up at the time and place to be agreed late in September." She noted that in a speech in April, Kim had urged the U.S. to come up with a new "calculation method" by the end of the year to break the deadlock following the leaders' no-deal summit in Vietnam in February.

"I believe that the U.S. side will come out with a proposal geared to the interests of the DPRK and the U.S. and based on the calculation method acceptable to us," Choe said, referring to North Korea by its official name, the Democratic People's Republic of Korea.

"If the U.S. side fingers again the worn-out scenario which has nothing to do with the new calculation method at the DPRK-U.S. working negotiation to be held with so much effort, the DPRK-U.S. dealings may come to an end," she also warned.
(Yonhap)