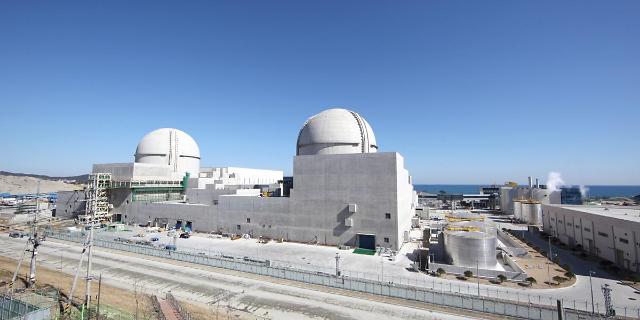 Certification of the APR1400 reactor is valid for 15 years and can be extended by up to 15 years, KHNP said, adding the reactor gained an edge over other countries in entering the U.S. market as the period and cost of approval for construction and operation are reduced.

APR1400 is an advanced pressurized water nuclear reactor with a 60-year design life. In October 2017, the European Utility Requirements (EUR) organization approved changes to the APR-1400 design for emergency cooling. APR-1400 has been developed into the APR+ design which features improved safety and among others.

APR1400 was used for nuclear plants in the United Arab Emirates under a $20 billion contract in 2009. South Korean President Moon Jae-in has pushed for a policy of phasing out nuclear power plants and replacing them with natural gas and renewable energy, but he has promised to support exports of home-made reactors.