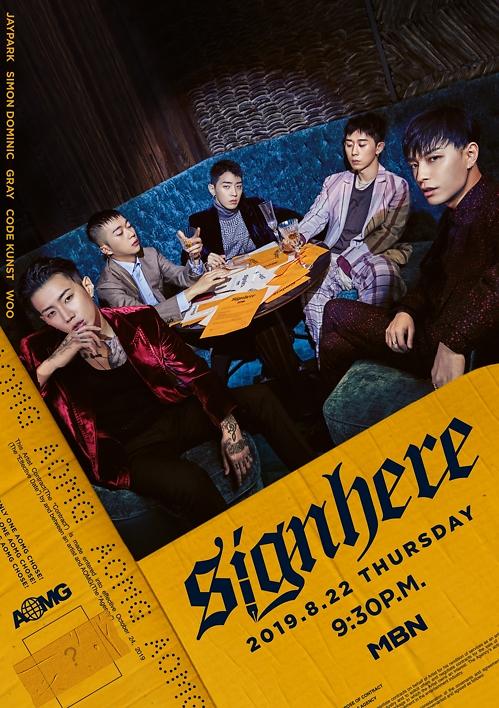 "This show will be full of AOMG's colors," the 32-year-old said Thursday at a press conference hosted by cable TV channel operator MBN. He promised to recruit the show's winner who can carry on with his or her music career with full support from AOMG.

Hip-hop has become the mainstream of South Korea's music industry thanks to the immense popularity of "Show Me The Money", a cable TV survival hip-hop audition show since its first season in 2012. Trainees compete with each other to be selected by popular hip-hop labels. Rappers such as BewhY and Mad Clown gained their reputation through the audition show.

Park stressed that Sign Here's competition will be completely different from that of "Show Me The Money". While many artists and labels participate in "Show Me The Money" to select good trainees, only AOMG will select the final survivor. According to the show's producer, the results of each competition will be revealed live to prevent manipulation.