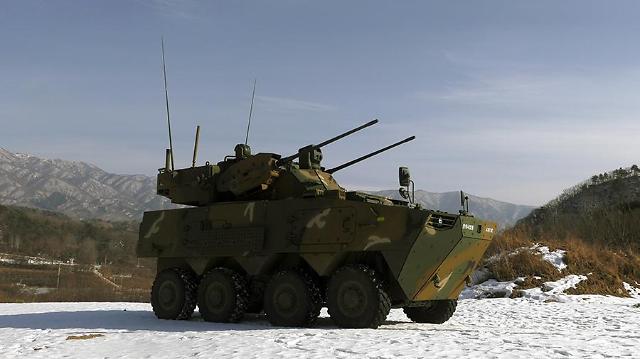 The Defense Acquisition Program Administration (DAPA), a state body controlled by the defense ministry, said in a statement on Wednesday that the new-generation self-propelled anti-aircraft gun (SPAAG) has met all requirements by the military.

"With the successful development of the new SPAAG, we hope that our low-altitude air defense capability will be improved," DAPA's guided weapon division head Song Chang-joon said in a statement. Defense companies such as Hanwha Defense and Hanwha Systems have been involved in a 55 billion won ($46.6 million) project that began in June 2015 to develop the new weapon. The new system features increased tracking and precision targeting abilities. 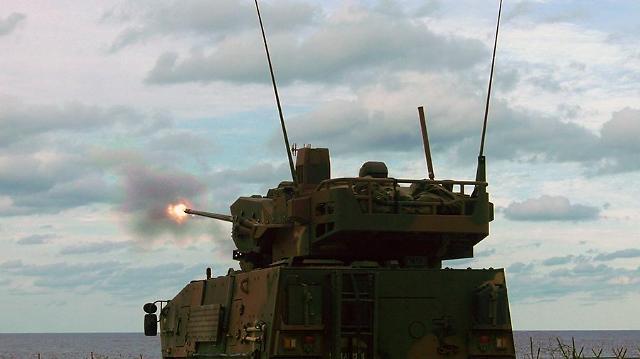 
SPAAG refers to a wheeled vehicle with a turret equipped with a single or double autocannons. M61 is a six-barreled, air-cooled Gatling-style autocannon that shoots 20-mm rounds at an extremely high rate of fire of between 4,000 to 6,000 rounds per minute. It can be fitted into jet fighters as well as fixed anti-aircraft battery sites and SPAAGs, is widely used around the world. It calculates the flight trajectory of a target aircraft and suppresses it by shooting curtains of rounds.

According to DAPA, the new SPAAG, equipped with two 30-mm autocannons, increased its effective range by 1.6 times compared to M61's 5.5 kilometers (3.4 miles) and it can be interlinked to other mobile forces to set up an air defense network.

DAPA said the new SPAAG is more effective in test combat situations than conventional ones. Also, it can be manned by 18 soldiers including a radar unit and support personnel, while the previous battery team requires 48. DAPA said the localization rate of parts is more than 95 percent.