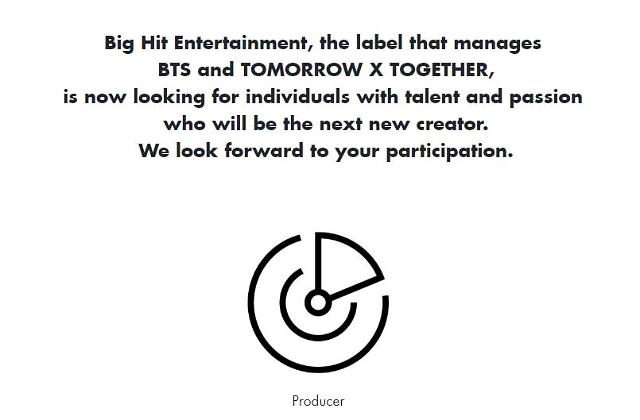 
SEOUL -- In an effort to beef up its ability to attract global music fans, Big Hit Entertainment, the agency of K-pop band BTS, will pick a new producer through the document screening of applications from North America that would begin this week. The winner would receive $5,000.

Producers who reside in North America can send demo tapes and applications from May 20 to June 19, Big Hit said in a notice uploaded onto its website on Monday. "Anyone can participate regardless of age, nationality, education, and experience," the agency owned by Bang Si-hyuk said, adding the winner may have to come to South Korea.

When he worked at JYP Entertainment, Bang arranged and composed music for idols. He left JYP in 2005 to establish his own company. BTS members themselves have written and produced their own songs while Bang has improved their musical ability through cooperation with foreign musicians.

Big Hit, which now has BTS, TXT and HOMME, was acknowledged as a world-class music agency after BTS gained global popularity with its second album "WINGS" in 2016.