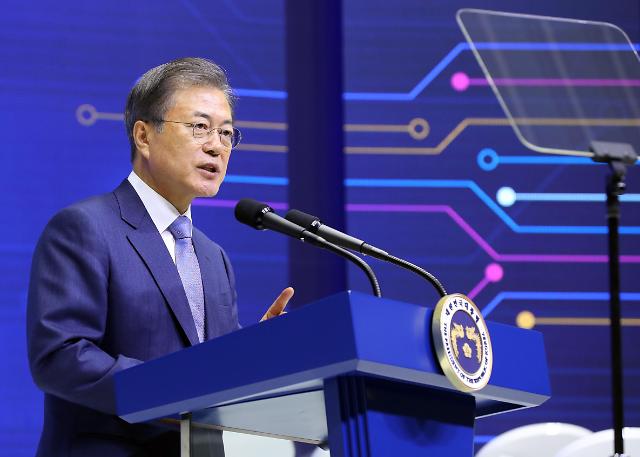 SEOUL -- As North Korea put out a danger signal, showing fatigue and impatience with a prolonged deadlock in denuclearization talks, South Korean and U.S. leaders appeared to have shared their thoughts about the shipment of humanitarian food aid.

South Korea suspended almost all civilian inter-Korean exchanges since North Korea conducted its fourth nuclear test in January 2016. After Moon took office in 2017, South Korea approved an $8 million economic assistance package through U.N. agencies, but it did not go to North Korea due to international sanctions.

In their joint assessment on May 3, the World Food Program and the Food and Agriculture Organization said that 40 percent of the North's population was in urgent need of food aid due to a bad harvest that left the impoverished North with a 1.36 million ton shortage of grain.

Daily state rations have been reduced and may decline further between July and September, the U.N. agencies said. "The situation could further deteriorate during the lean season from May to September, if no proper and urgent humanitarian actions are taken."

South Korea's Unification Ministry in charge of inter-Korean affairs said on Wednesday that the sale and method of aid to North Korea would be decided through consultations with relevant agencies.

"The government will work closely with the international community to promote humanitarian food for North Koreans," ministry spokesman Lee Sang-min told reporters. "It is necessary to consult with relevant agencies about specific times, methods and scale," he said, adding Seoul and Washington have a sense of common recognition about humanitarian assistance.


South Korean state warehouses are packed with surplus rice reserves, but many South Koreans are opposed to the unconditional resumption of rice aid and economic assistance to North Korea.

Trump has advocated a "big deal" under which North Korea would dismantle all of its nuclear arsenal and related facilities in exchange for the removal of sanctions. North Korean leader Kim Jong-un has threatened to take a different path, urging Washington to come up with a "fair" and "mutually acceptable" deal by the end of this year.