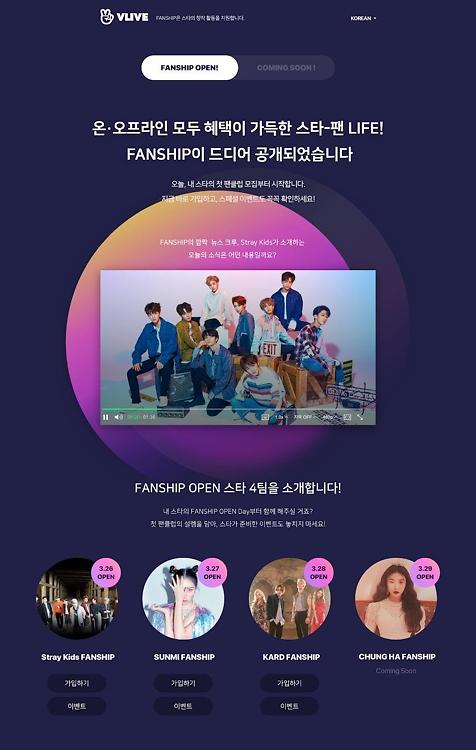 V LIVE is a smartphone app used by K-pop celebrities such as BTS, MAMAMOO and Black Pink to communicate with fans in real-time. Through V LIVE, K-pop stars live broadcast their life behind the stage.

V LIVE said Tuesday that through Fanship, a singer can exclusively provide early access to concert ticket pre-orders. When the release of an album is imminent, a singer can exclusively provide fans with special video content. V LIVE said Fanship would work with artists such as KARD, Chungha and Sunmi and encourage Southeast Asian celebrities to join.