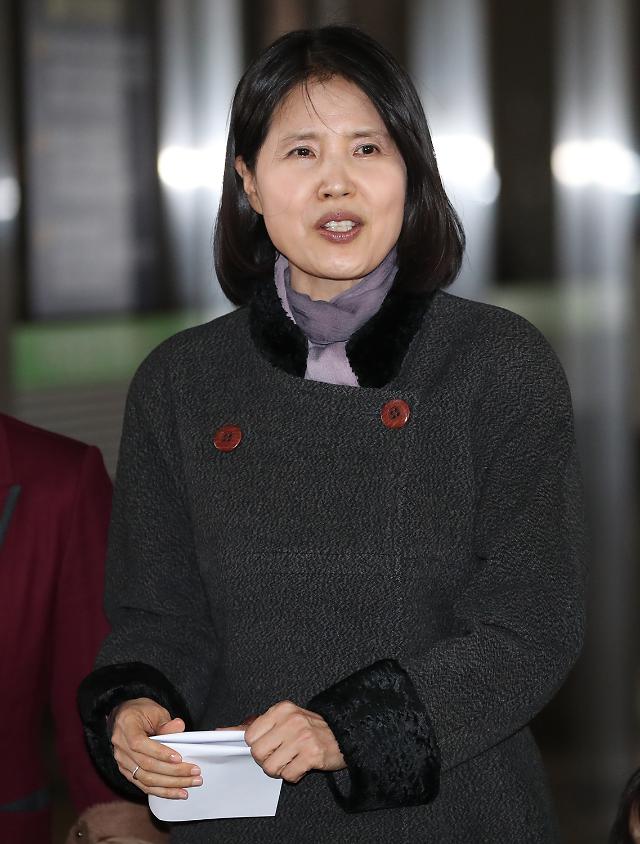 Choi Young-mi, a female poet, speaks outside a court in Seoul after winning a legal battle against Ko Un, a prominent poet disgraced by her #MeToo revelation. [Yonhap News Photo]


SEOUL -- Ko Un, a prominent South Korean poet cited frequently as a Nobel prize candidate in literature, lost a damage suit and failed to restore his reputation after a court ruled in favor of a female poet who claimed to have been sexually harassed by the 85-year-old.

Ko has been respected as South Korea's iconic poet whose works were translated and published in dozens of countries. However, he saw his reputation soiled by a #MeToo revelation a year ago when Choi Young-mi, a 58-year-old female poet, said that Ko has a long history of sexual harassment. In a newspaper interview, she claimed that Ko opened his pants zipper at a bar and asked her to touch an unspecified body part.

As Choi's revelation fueled public anger, Ko dropped out of an association of writers, but he sued Choi and a newspaper later, arguing he has never been involved in sexual harassment.

"We should not create a social atmosphere in which the perpetrator of sexual harassment is suing the victim shamelessly," the female poet said in a statement Friday after a court in Seoul ruled against Ko.

A "#MeToo" campaign that rocked South Korea in 2018 has led to the suicide of a veteran actor, the imprisonment of Lee Youn-taek, a prominent stage director, and the resignation of An Hee-jung, a provincial governor who was once regarded as a potential ruling party presidential candidate.

Kim Ki-duk, an award-winning South Korean director noted for his idiosyncratic art-house cinematic works, has to live in obscurity since three actresses accused him of alleged sexual harassment or assault.

In January, an appeals court increased the jail term of Cho Jae-beom, the former coach of South Korea's national short track speed skating team, to 18 months for beating Shim Suk-hee, an Olympic gold medalist, and others. The ex-coach was separately accused of having sexually assaulted Shim, 21, on multiple occasions since she was a 17-year-old high school student in 2014.
Shim's revelation triggered a special government probe into sexual abuses, beatings and human rights violations in sports.