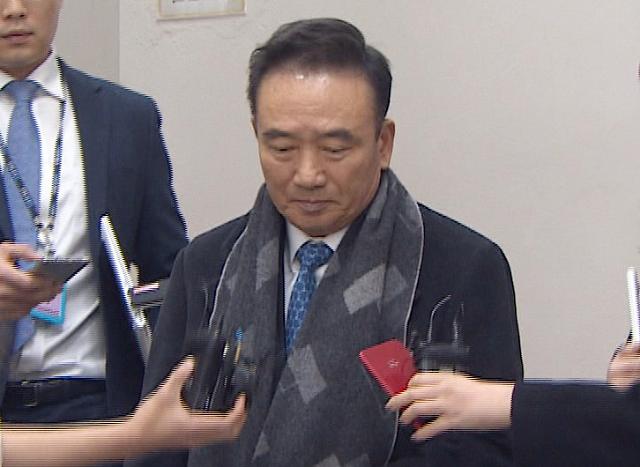 Choi Ho-sig, the founder of a major fried chicken franchise, walks out of a courtroom in Seoul after he received a suspended prison sentence on charges of sexual harassment.[Yonhap News Photo]


SEOUL -- The founder of Hosigi Doomari Chicken, one of South Korea's major fried chicken franchises, received a suspended sentence for sexually harassing a young office lady of his company by using his work power while dining in a sushi restaurant.

A court in Seoul handed down a one-year prison sentence to Choi Ho-sig, 64, with a stay of execution for two years. He was ordered to get a sexual abuse prevention program for 80 hours. He resigned as his franchise chairman after public anger raged over charges that he sexually harassed a woman on May 3.

Choi had been respected as a self-made businessman who often attributed his success to a "win-win" approach to co-exist and share profits with more than 900 partners of his chain. In terms of consumer satisfaction, Choi's franchise stood top and Hosigi stores were guaranteed higher returns than rivals.

In previous hearings, Choi asserted innocence, arguing that physical contact was made on prior consent, but a criminal court in Seoul found Thursday that he was guilty of using his superior status to call out the woman for an unwanted weekend dinner. "We can not say that she agreed to physical contact because she showed a kind attitude," the court said in its ruling.

At the time, A cable news network published CCTV footages showing Choi guiding a young woman into a hotel. He was later seen chasing the lady who threw herself into the backseat of a taxi after running out of the hotel. Choi tried to stop her but retreated after other women gathered around him.

The office lady filed a complaint with police, accusing Choi of sexual harassment. She insisted she was able to escape thanks to other women who responded to her request for help in the hotel's lobby. She dropped the suit after Choi gave up his chairmanship and issued a written apology.