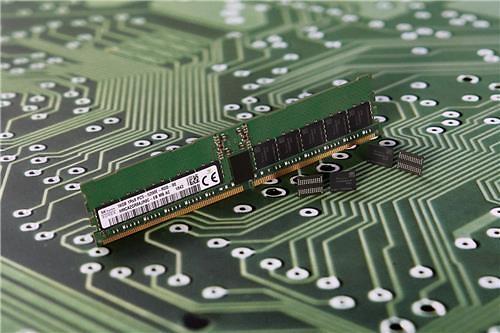 Dynamic random-access memory (DRAM) chips are widely used in digital electronics such as smartphones and computers to manage their main memory.

DDR 4 DRAM is a current-generation model and SK hynix has introduced a 10-nano class 8 gigabit DDR4 chip this year.

SK hynix said in a statement Thursday that it has developed a 16 gigabit DDR 5 DRAM with the data transfer speed of 5,200 Megabits per second, about 1.6 times faster than DDR4. The new DRAM is capable of processing 41.6 Gigabytes of data in a second and is also 30 percent more power efficient than its predecessor. The chipmaker said the production of DDR5 DRAMs will begin in 2020.

To ensure a stable system, SK hynix has applied a new technology which optimizes the processing speed of chips and included a new error-correcting circuit.

Samsung Electronics, the country's largest chipmaker, has introduced the world's first 8 gigabit DDR5 DRAM for mobile devices in July this year. The demand for high-performance chips which consume less energy is strong.