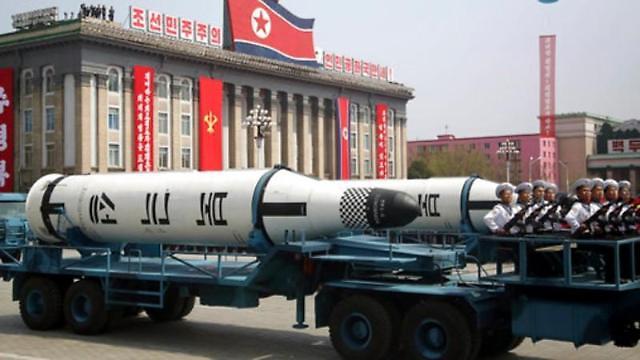 
WASHINGTON -- North Korea has operated at least 13 undeclared missile sites across the nation, a potential blow to U.S. President Donald Trump's assertion that his strategy on Pyongyang has effectively eliminated its military threats, a new study showed.

In a report, Beyond Parallel, a group at the Center for Strategic and International Studies (CSIS), said it has located 13 out of an estimated 20 missile operating bases undeclared by its regime.

It's largely based on satellite imagery and a number of interviews with North Korean defectors, as well as government, defense and intelligence officials worldwide. The latest report focused on the Sakkanmol missile base for SRBMs, presenting a set of related commercial satellite photos taken in March.

The base at the Tactical Belt in North Hwanghae Province is located 85 km north of the Demilitarized Zone (DMZ) and 135 km northwest of Seoul. "Sakkanmol currently houses a unit equipped with SRBMs but could easily accommodate more capable medium-range ballistic missiles (MRBMs)," it said.

It pointed out that North Korea's purported decommissioning of the Sohae satellite launch facility near the border with China, while gaining much media attention, obscures the military threat to U.S. forces and South Korea from Sakkanmol and other undeclared ballistic missile bases, it added.

"The dispersed deployment of these bases and distinctive tactics employed by ballistic missile units are combined with decades of extensive camouflage, concealment and deception practices to maximize the survival of its missile units from pre-emptive strikes and during wartime operations," the report said.
(Yonhap)