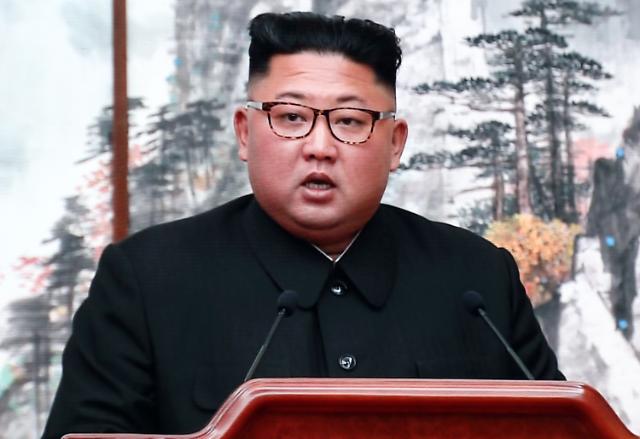 
PYONGYANG -- At an inter-Korean summit, North Korea agreed to consider shutting down its main nuclear complex after the permanent dismantlement of facilities for ballistic missile launches and engine testing in a bid to spur dialogue with the United States on denuclearization.

The proposed dismantlement of facilities in the North's Sohae space center that played an important role in the development of intercontinental ballistic missile (ICBM) technologies was the backbone of an agreement signed by South and North Korean leaders at their summit in Pyongyang.

North Korea promised to permanently shut down its Dongchang-ri engine testing facility and a missile launch pad under the participation of experts from related countries.

Kim expressed his willingness to take more steps such as the permanent shutdown of the North's nuclear complex in Yongbyon if the United States takes reciprocal steps, Moon said, praising the agreement as "very meaningful."

The North's long-range ballistic missiles capable of carrying nuclear warheads have been a prime security concern in Seoul and Washington.

Kim announced a decision in April to suspend missile and nuclear tests in a peace offensive that led to summits with South Korean and U.S. leaders. However, there has been a dispute between U.S. and North Korean officials over how to achieve denuclearization. Washington wants quick and tangible steps while Pyongyang insists on a gradual and synchronous approach.

"The complete denuclearization of the Korean peninsula was not far off," Moon said, expressing his hope that the agreement in Pyongyang would lead to the quick resumption of denuclearization talks.

In April, the two Koreas agreed to work on ending the status of war, stop all hostile acts against each other and replace a fragile armistice signed at the end of the 1950-53 Korean War with a lasting peace regime. Two months later, U.S. and North Korean leaders agreed to forge a lasting peace regime in return for Pyongyang's complete denuclearization.

However, there has been slow progress in denuclearization. Washington wants quick and tangible steps while Pyongyang insists on a gradual and synchronous approach.

Kim has urged the international community to take "goodwill in good faith" and expressed frustration at lingering doubts about his preemptive steps to suspend missile and nuclear tests and shut down a nuclear test site, according to South Korean officials who visited Pyongyang earlier this month to arrange the summit.

The North Korean leader has promised to pursue denuclearization more actively, based on "simultaneous actions and principles", saying he is ready to improve relations between Pyongyang and Washington, the Cold War enemies for nearly seven decades, by achieving denuclearization by January 2021