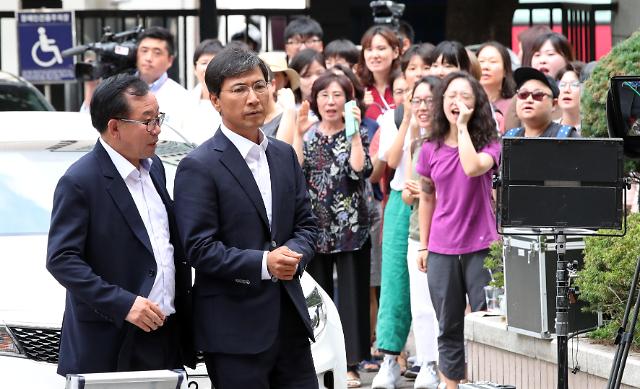 Female activists demand the imprisonment of former provincial governor An Hee-jung outside a court in Seoul.[Yonhap News Photo]


SEOUL -- An Hee-jung, a disgraced popular politician who was once regarded as a potential ruling party presidential candidate, was acquitted of sexual violence Tuesday in the most prominent case of South Korea's #MeToo movement that led to the suicide of a veteran actor.

An, 54, resigned as South Chungcheong Province governor and suspended his political activities in March after his secretary identified as Kim Ji-eun made a #MeToo revelation that she was forced to have sex with the governor four times.

On Tuesday, a criminal court in Seoul ruled in favor of the ex-governor who claimed to have sex after obtaining prior consent. Prosecutors demanded a four-year jail term, but Ahn's attorney argued Kim's statement lacked credible evidence and she was not a victim of sexual violence.
"There was no exercise of power," the court said in its verdict, adding Kim showed respect and support for Ahn in SNS dialogue with her acquaintances. "This case is between adult men and women with normal judgment, and there is no concrete evidence of the physical force that made resistance difficult."
"I'm sorry and ashamed and I've given a lot of disappointment to the people. I will try to be born again," An told reporters outside the court as a dozen female rights activists staged an angry protest, calling for his imprisonment.

Kim vowed to fight back in court. "I will fight to the end so that power-based sexual assaults can be justly judged," she said in a statement, adding she had to endure a long, dark night, feeling scared and frightened, before she made a decision to reveal the truth.
Bae Bok-joo, who heads a center for sexual violence and represents Kim, vowed to appeal, saying the court's decision would weaken South Korea's #MeToo movement. "It virtually admitted that the person who has power can exercise his or her full power. It will also greatly weaken the Metoo movement." 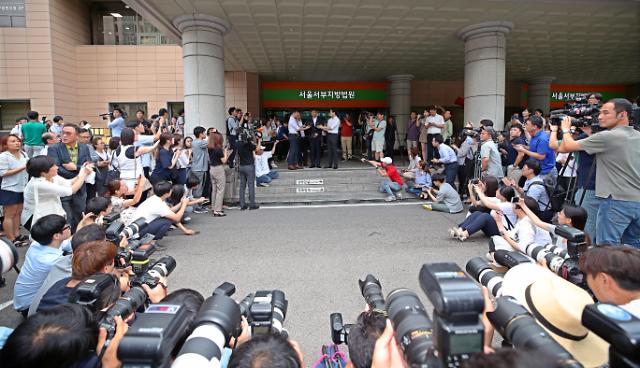 Former provincial governor An Hee-jung speaks after a court acquitted him of sexual abuse.[Yonhap News Photo]


The ruling Democratic Party expelled An who lost to South Korean President Moon Jae-in in a primary in May last year to pick the party's presidential candidate. Moon has expressed his "strong" support for the #MeToo movement, calling for an active criminal investigation to eradicate sexual harassment.

The former governor became the first politician to be expelled in the "#MeToo" movement which has exposed a slew of revelations since a female prosecutor claimed earlier this year that she was sexually harassed by a drunken senior prosecutor in 2010.

There have been accusations against famous actors and others, including Ko Un, an 84-year-old poet respected as South Korea's iconic poet whose works were translated and published in dozens of countries with his name often mentioned as a Nobel Prize candidate. Female writers accused him of habitual sexual abuse.

In March, actor Jo Min-ki hanged himself after he was expelled as a drama professor at a university in Cheongju south of Seoul over a string of sexual abuse allegations by female students.