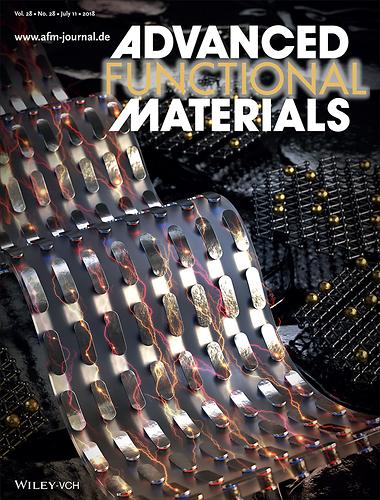 
SEOUL -- South Korean researchers have developed a thermoelectric generator, which is small and flexible enough to be fitted into wearable devices such as smartwatches and smartglasses.

The Korea Research Institute of Chemical Technology, a state-invested research institute, said in a statement on Monday that a team led by Cho Song-yun, a researcher at the institute's advanced material division, developed a highly stable flexible thermoelectric generator using black phosphorus coated with gold nanoparticles.

Thermoelectric generators have been researched in many countries for the unique characteristic of generating electricity from heat. However, development has been slow due to costs and durability. The materials normally used in producing thermoelectric generators are vulnerable to oxidation and become useless when they are exposed to air for a long time.

The generator developed by South Korean researchers uses gold coated black phosphorus plates which are harmless to the human body and are cheaper than conventional materials. Researchers said the gold coating would protect the plates from oxidizing.

"Because the new generator is flexible, it can be widely used as a power source for wearable devices to produce electricity using body heat," Cho said, adding the new thermoelectric generator is far more efficient than conventional ones and it can be minimized to the size of a coin, small enough to be fitted into a smartwatch.

The team's paper was published in the July 11 issue of Advanced Functional Materials, a peer-reviewed scientific journal.