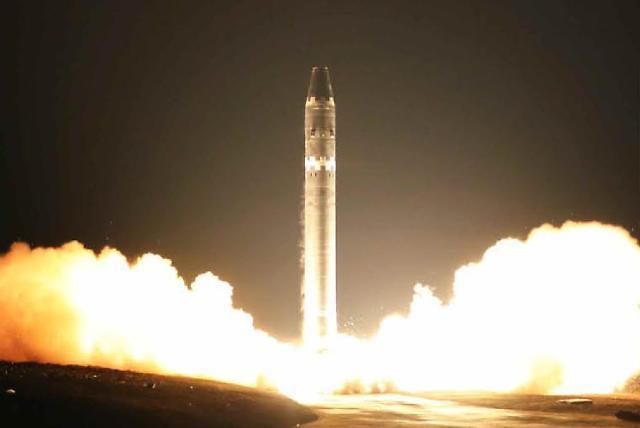 
SEOUL -- In an important first step towards fulfilling its commitment, North Korea has begun dismantling key facilities at its base for intercontinental ballistic missiles and engine testing, according to 38 North, the website of a U.S. research institute.

Work on dismantling ICBM facilities appeared to have begun sometime in the past two weeks in the Sohae space center close to the northwestern border with China, Joseph S. Bermudez Jr., a US missile expert, said in his analysis published by 38 North.

North Korean leader Kim Jong-un announced a decision in April to suspend missile and nuclear tests in a peace offensive that led to Kim's historic summits with South Korean and U.S. leaders.

Progress has been slow in negotiations between U.S. and North Korean officials. Washington wants quick and tangible steps to achieve denuclearization while Pyongyang insists on a gradual and synchronous approach. The North's long-range missiles capable of carrying nuclear wards have been a prime security concern in Seoul and Washington.

"Since these facilities are believed to have played an important role in the development of technologies for the North’s intercontinental ballistic missile program, these efforts represent a significant confidence-building measure on the part of North Korea," he said.

Satellite imagery from July 20 showed that the rail-mounted processing and transfer structure has been moved, exposing the underground rail transfer point, the expert said. Two days later, "considerable progress" was made with one corner of the structure completely dismantled, he said, adding parts could be seen lying on the ground.

South Korean officials saw the dismantlement of facilities in Sohae as a good sign in efforts to achieve denuclearization. "It will have a good effect on denuclearization," Nam Gwan-pyo, a senior director at the presidential National Security Office, told reporters.

"It is a better sign than doing nothing and I think North Korea is going step by step for denuclearization," Nam said, adding it's not clear if North Korea is taking action on its own timetable.