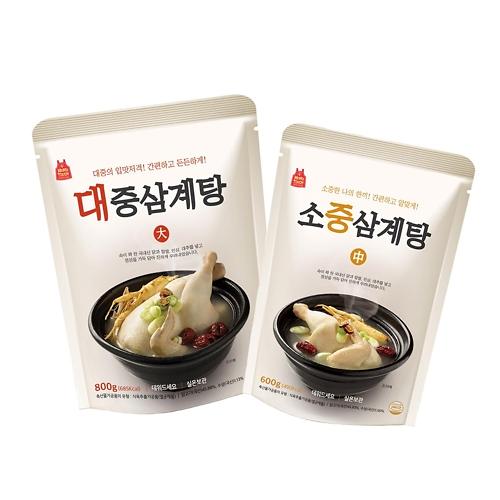 On June 20, Mom's Touch, a mid-tier fried chicken and hamburger chain, challenged the country's home meal replacement (HMR) industry with a Samgyetang pack that contained one chicken and soup along with steamed sweet rice and ginseng. A large pack was priced at 6,900 won ($6.2) and the small one at 4,900 won.

The pack was released to mark "Chobok", the first day of the hottest summer period that begins on July 17 and ends on August 16. Traditionally, Koreans eat high-protein meals such as Samgyetang to withstand the searing heat wave.

"We thought 100,000 packs were enough, but our calculation was wrong," Mom's Touch said in a statement, promising to produce additional 100,000 packs.

Because no ready-to-eat Samgyetang packs have been released, Mom's Touch shop owners were skeptical at the beginning. "I thought we were forced to sell something awkward. Amazingly, all packs in our shop were sold out just in a few days," Ahn Miro, a 35-year-old shop owner in the southern port city of Busan, told Aju News.

The Samgyetang pack was popular among single men and women in their 20s and 30s, Ahn said. "I think it's because the chicken soup is cheaper than those sold at restaurants and tastes good." Government data showed South Korea's fast-growing HMR market stood at more than three trillion won last year.