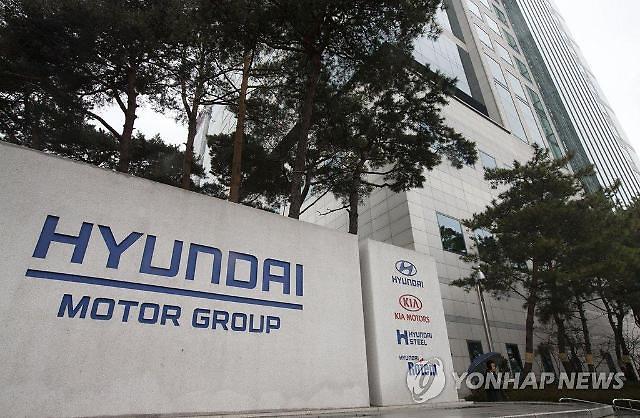 
SEOUL -- South Korea's Hyundai auto group appealed for support from shareholders to the proposed reorganization of its governance structure as a proxy vote war intensified due to a strong challenge from U.S. activist hedge fund Elliott.

The group will split the module manufacturing and after-sales parts business of its parts-making unit Hyundai Mobis to combine it with Hyundai Glovis, a logistics unit. The plan requires approval at a meeting of Hyundai Mobis shareholders on May 29.

"This reorganization is the best way to transform the company into a transparent and advanced governance structure while strengthening its competitiveness," Hyundai Motor President Lee Won-hee said Thursday in an open message to shareholders.

The Hyundai Motor Group (HMC) is now in crisis due to competition in the global market and challenges from carmakers in China and other emerging countries, he said, defending the restructuring of Hyundai's corporate governance is aimed at overcoming the current crisis and establishing a business structure to achieve sustainable growth.

"Hyundai is in a very important time to deal with the paradigm shift in the auto industry such as autonomous driving, connectivity, and shared economy," Lee said. "With the emergence of China and other emerging companies, competition in the global auto market is becoming more intense, and HMC needs to take a new leap forward through qualitative growth."

The appeal followed news reports that the National Pension Service (NPS) would take a neutral stance. Hyundai's scheme requires at least one-third of all shareholders to participate in the vote. Glass Lewis expressed concerns that Hyundai would win if the state votes for it.

Lee said the May 29 meeting would mark a starting point for an overhaul of the group's overall business and governance structure because Hyundai Mobis will focus on developing new technologies such as autonomous driving and connectivity.
The group will step up efforts to streamline a complicated web of cross-shareholding among units, simplify its decision-making structure and strengthen shareholder-friendly policies, he said.

In 2015, Elliott launched a proxy vote war to prevent the merger of two Samsung units, insisting it is aimed at expediting the transfer of group ownership to Samsung Electronics Vice Chairman Jay Y. Lee, the only son of the group's ailing patriarch Lee Kun-hee.

Samsung narrowly won the battle to complete the merger, helped by support from the pension fund. Elliott now seeks more than 670 million US dollars in compensation for losses caused by alleged unlawful government intervention in the 2015 merger.