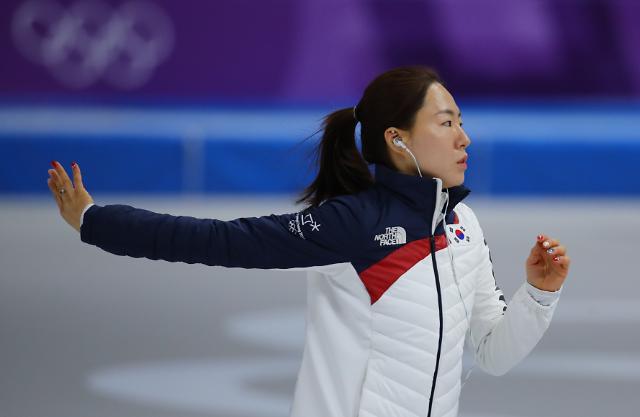 
SEOUL -- Lee Sang-hwa, a South Korean speed skating queen who won a silver medal in this year's Winter Olympics, has disclosed her pre-race routine, saying she uses the music of boy bands BTS and EXO to control her mind.

The 29-year-old sprinter, known as a hip-hop fan, appeared in Happy Together, a popular TV talk show, on Thursday and said she loves listening to BTS' "GO GO" and EXO's "MAMA" to control her pre-race anxiety and raise self-confidence.

Off the ice rink, she listens to hip-hop music and keeps away from ballad songs because slow love songs could ruin her emotional control. Lee is a two-time Olympic champion in 500 meters.