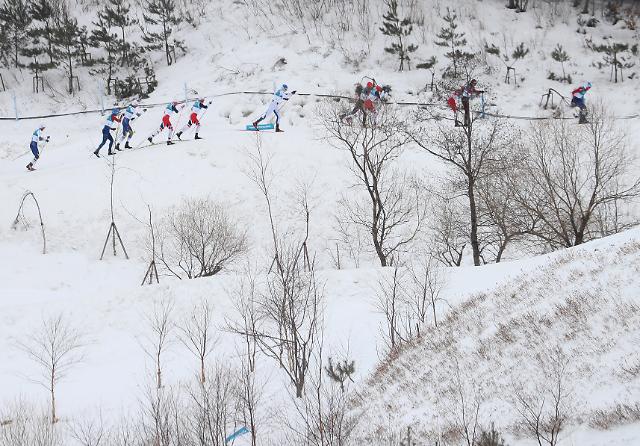 The women's giant slalom was scheduled to take place at Yongpyong Alpine Centre in PyeongChang, 180 kilometers east of Seoul, from 10:15 am Monday, but the organizers decided to postpone the event due to high winds and bad weather conditions. It said the event will start at 9:30 a.m. Thursday.

In the latest weather forecast, the wind chill was expected to bring temperatures down as low as negative 20 Celsius at Yongpyong Alpine Centre, with wind speeds reaching four meters per second.

The women's giant slalom was to feature 81 skiers, headlined by competition favorite Mikaela Shiffrin of the United States. North Korea's Kim Ryon-hyang was also set to make her debut. This is the second time that the organizing committee has rescheduled the alpine skiing competition due to bad weather.
(Yonhap)