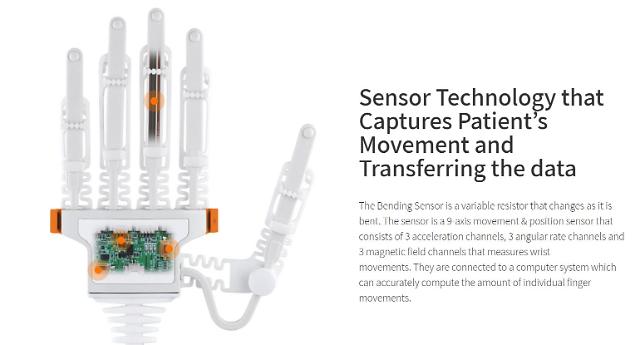 SEOUL, Jan. 26 (Aju News) -- Buoyed by a favorable response abroad, Neofect , a South Korean tech startup, hopes to become a viable player in the smart robotic rehabilitation market with innovative devices which use a biofeedback gaming system to motivate and empower recovering patients throughout their rehab programs.

The company based in Yongin, about 40 kilometers (24 miles) south of Seoul, has seen a marginal improvement in its earnings since its first product, Rapael Smart Glove, was unveiled in 2014.

"We will try to increase our market share in the United States and Europe," Neofect CEO Ban Ho-young, 40, told Aju News, vowing to attract more foreign consumers. The company opened its American office in San Francisco in April 2015 and a European branch in Munich, Germany, in 2016.

Ban's goal seems realistic as Neofect devices have gained more attention from overseas clients, and the market is growing steadily with population aging worldwide. Data from the Korea Medical Device Industry Association showed the global medical device market is expected to grow from $410 billion in 2017 to $550 billion in 2021. 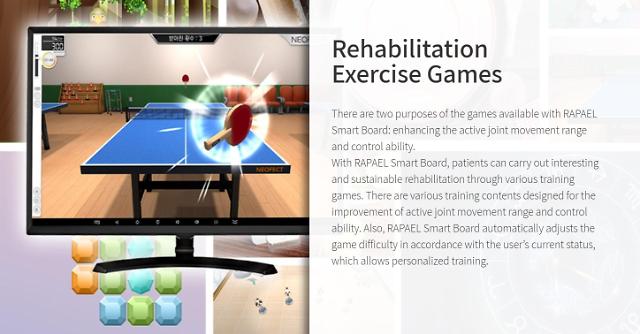 Ban co-founded Neofect in 2010 while studying at the Darden School of Business in Virginia. His startup was somehow out of his personal experience after watching the hardships of rehabilitation for stroke victims and their families. His father and uncle died of a stroke.

"Looking at rehabilitation training, patients had to repeat a tedious operation with an analog machine, and the cost was too high, leading many to give up," he said. "Then, I thought of rehab devices that can be easily handled by patients."

" Rapael provides customized rehabilitation training for each patient," he said. "When many firms were developing large and heavy products, we thought of making lightweight and inexpensive equipment."

Neofect has developed Rapael rehabilitation solutions using portable, lightweight equipment for continued home training. Traditional devices are costly and time-consuming, while Rapael is designed to allow therapy training through games with each game invigorating the muscles and stimulating visual and auditory senses.

The smart glove is a flexible robotic glove fitted with sensors to capture the patient's motion and measure the degree of finger and wrist movement. The smart glove connects to a software via Bluetooth so that patients can practice various motor movements by playing games.

There are other prizewinning devices on display at the website of Ban's company: the Rapael Smart Kids is a rehabilitation training tool utilizing cutting-edge sensors for children with developmental disabilities related to central nervous system disorders and muscular nervous system complications.

The smart board for an upper limb rehabilitation training is a medical device that is accessible to any patient experiencing limitation to functional movements due to damage in their shoulder or elbow joints to improve the functional arm reaching ability.

NeoMano is a wearable type of robotic hand that helps patients with hand paralysis use their hands in everyday life. This wearable robot worn on three fingers helps restore the hand function of a spinal cord patient.

The smart pegboard for digital functional and cognitive rehabilitation features games. Players must insert a peg into a lit hole before the light disappears. The digitalized pegboard automatically measure markers and can aid stroke patients and those with cognitive disorders such as Alzheimer's.

"Patients who use analog peg boards made of wood are very bored with rehabilitation training," Ban said. "They got more excited and enjoying games, and the efficiency of training was higher."

"Medical devices are not for general consumers but for sick people and their families," he said." "We need to understand their minds, their condition, and their difficulties and develop products using human-centered technologies. It is most important to develop technology with the patient-oriented viewpoint."