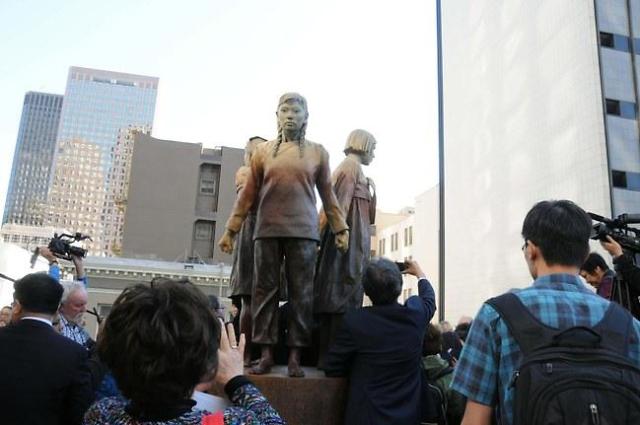 On August 14 in 1991, Kim Hak-sun, a former comfort woman, became the first to speak out about wartime brothels run by Japan's imperial army during World War II. The bill also includes a clause to extend financial support for comfort women including funeral service expenses.

For decades, Seoul and Tokyo have been locked in a lingering row over emotional issues related to Japan's 1910-45 colonial rule over the Korean peninsula. Historians estimate that up to 200,000 women were forced to work in front-line brothels for Japanese troops.

Under a 2015 deal, Japan agreed to donate one billion yen ($8.7 million) to a foundation dedicated to supporting comfort women. In return, Tokyo urged Seoul to tear down "comfort woman" statues erected by civic groups outside Japanese diplomatic legations. President Moon Jae-in has called for a review of the 2015 deal, insisting many Koreans do not endorse it because of Tokyo's insincere apology.

Comfort women memorials have been placed outside South Korea, including one in San Francisco that depicts three girls from Korea, China and the Philippines standing in a circle holding hands. A fourth figure stands nearby, depicting an elderly woman meant to be Kim Hak-sun.