Climate Change and Value of Biodiversity 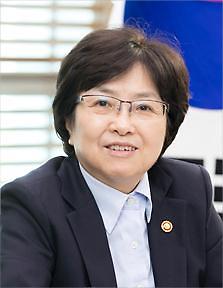 As the day goes by, we are experiencing uncommon weather changes more and more. In the United States, hurricanes caused enormous damage to Texas and Florida. Africa and East Europe were hit by the worst drought while floods battered India and Nepal.

As the earth is struggling with natural disasters caused by anomalous climate, scientists are identifying evidence of warming in the atmosphere and the oceans, pointing to global warming as the cause of abnormal change.

According to the U.N. technical report in 2014, current trends suggest that the average global temperature will rise to 2.6 degrees Celsius in 2055 and up to 4.8 degrees in 2090. Although the abnormal climate caused by global warming has been reported all over the world, it is the creatures on the planet that are more vulnerable than humankind.

A report by the Intergovernmental Panel on Climate Change (IPCC) predicts that 20-30 percent of species will be extinct if the global average temperature rise exceeds 1.5-2.5 degrees and 40 percent if the temperature exceeds 4.0 degrees.

Biodiversity plays a key role in supplying food, water, and air to humans and forming the foundation of the ecosystem. It also plays a large role as a source of human relaxation and culture. Keeping biodiversity sustainable is a must for happiness.

The world is working diligently to prevent the decline of biodiversity that can cause global catastrophes. In 2010, the Conference of the Parties to the Convention on Biological Diversity adopted the "Biodiversity Strategy 2011-2020" as a global task to reduce the loss of biodiversity loss and ensure sustainable use. In addition, the U.N. Environment Program (UNEP) in 2015 adopted the 'Sustainable Development Goals (SDGs)' as a goal to be implemented by the international community by 2030.

The Ministry of Environment has also participated in this movement, establishing and implementing the 'Third National Biodiversity Strategy'. However, in order to protect biodiversity and realize a healthy future environment, it is necessary to shift the paradigm across society.

We must review the direction of policies that cause environmental degradation and pollution in preference to the logic of development and growth, and open a sustainable future in harmony with nature. Those who owned a lot and damaged nature for growth are finally realizing that a good thing to nature is beneficial to humans.

We must spread the value of sustainable development throughout society, and it is time to shift to a cyclical system that raises the quality of life through eco-friendly production and consumption.

Realizing that the environment is not only for our own generation, we must make efforts to protect all life and future values on earth so that we can share with future generations. Living in the present age, we must become a guide to a sustainable future by protecting the ecosystem that is the basis of a healthy life.

The ministry's National Institute of Biological Resources, a biodiversity research institute, is a government agency that plays a role as a guide for the future. The institute conducts a variety of studies for the conservation of biodiversities such as the discovery of native species, the conservation and restoration of endangered species, and the management of harmful foreign species.

The institute celebrates its 10th anniversary on October 16. We will hold a declaration ceremony for future vision and an international symposium in order to achieve a fresh takeoff in research for the conservation of biodiversity that will open a sustainable future. In particular, we will seek ways to listen to public calls and reflect them in our policies for the realization of a sustainable future.

We ask for advice and attention to eliminate the partition between government and people, and to spread communication and participation. Over the past 50 years, we have achieved explosive industrial development and economic growth in the lavish nature. However, as long as nature is not as perfect as the old saying that teeth hurt if lips disappear, our lives can not expect ease and composure. It is time to remember that conservation of biodiversity enriches our lives.