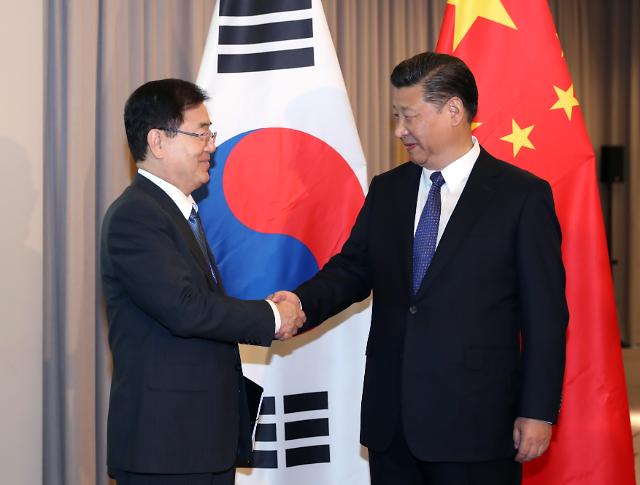 ​
In the run-up to the G-20 summit, South Korean and Chinese leaders appeared to have agreed on a two-track policy of engagement and pressure as US President Donald Trump gets tough with North Kora's nuclear and missile development.

At their talks in Germany, South Korean President Moon Jae-in and Chinese President Xi Jinping said the development of North Korea's intercontinental ballistic missile (ICBM) should not be allowed, but they agreed to push for a peaceful solution based on sanctions and pressure, according to the president's office.

"There's no equivalency between the United States and its activities and actions that it undertakes with its allies, including South Korea and also Japan. These are something that are lawful," said US State Department spokesperson Heather Nauert.

The United States started casting doubt over China's role. China is North Korea's last-remaining major ally and economic lifeline but it has been reluctant to push the regime too hard.

They said that if China refuses to do, the United States would be better positioned to pursue widespread secondary sanctions against Chinese firms doing business with North Korea.