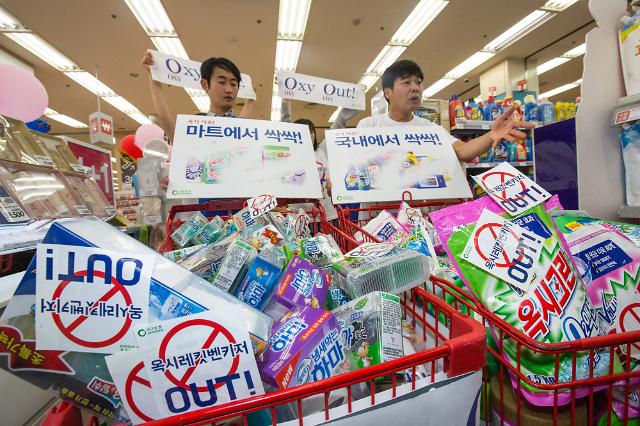 ​
A prominent veterinary college professor received a two-year jail sentence Thursday for covering up the harmfulness of humidifier disinfectants sold by the South Korean unit of a British firm that sparked a widespread health scare.

The court found the Seoul National University professor surnamed Cho guilty of writing academic papers, assigned by Oxy Reckitt Benckiser Korea, to refute a 2011 government report that revealed a possible association between the use of humidifier disinfectants and serious lung ailment.

Cho was also fined 25 million won (22,542 US dollars). The court said he violated research ethics for money to help Oxy cover up the toxicity of disinfectants.

He was the first to get a prison sentence in the high-profile case which has seen the arrests of a dozen people including two college professors and six from two major discount chains.

Oxy has promised to set up a 10 billion won fund for the victims. But it has been widely vilified for covering up the harmfulness of its product.