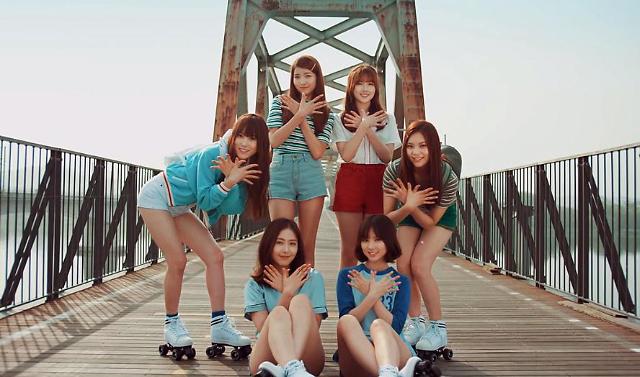 "GFRIEND", a South Korean six-member girl group, is dominating the Korean music charts with their comeback track "Navillera" on Monday.

The title track of GFRIEND's first official album "LOL" topped Melon Mnet, Olleh, Genie, Naver Music, Bugs and Soribada on its first day of release. Other songs such as "Fall in Love", "LOL", and "Gone With the Wind" are also ranked high in the real-time charts.

GFRIEND debuted in 2015 and scored hits with tracks "Me Gustas Tu" and "Rough". The girls only released mini-albums in their first year and made a comeback in July 2016 with their first official album.