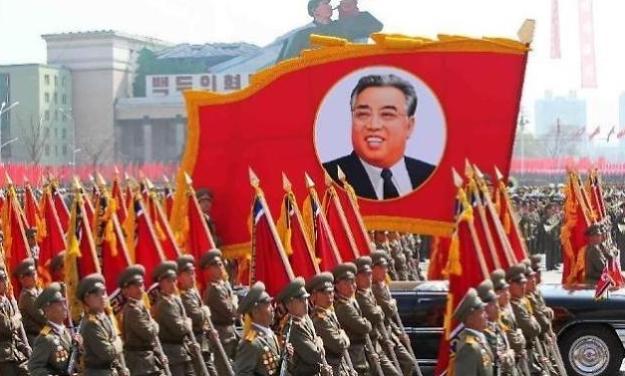 ​
North Korea released video footage showing an imaginary shelling of the offices of US and South Korean presidents Tuesday as state media warned its new, large-caliber multiple rocket launchers are ready for their deployment to mount a precision attack on key targets across the border.

The three-minute footage was published through Pyongyang's official website Uriminzokkiri, showing photos of the offices of South Korean President Park Geun-hye and US President Barack Obama in the crosshairs of aimed telescope sight before shattering them.

Kim expressed his satisfaction with the accuracy of the new rocket launcher, saying it is "of great strategic importance in remarkably increasing the capability of (North Korean troops) to mount a precision attack on the enemies in the South," KCNA reported.

South Korea's defense ministry said on Monday that North Korea tested its multiple rocket launcher at a base near the northeastern port of Hamhung. The rockets fell in the Sea of Japan (East Sea) after flying up to 200 kilometers (120 miles).

Kim has vowed to push for the launch of more long-range rockets capable of carrying nuclear warheads.

But Jeffrey Lewis at the James Martin Center for Nonproliferation Studies said in a recent article published by 38 North that Pyongyang might choose to build nuclear-armed artillery that would be difficult for Washington and Seoul to completely eliminate.

Over the past few years, the two Koreas have invested in new artillery and missile systems "in what is clearly an action-reaction cycle", he said, adding South Korea's development of new ballistic and cruise missiles with precision-strike has alarmed North Korea's leadership.